Hogg, 20, announced the plans on Twitter, writing that he and LeGate "are going to prove that progressives can make a better pillow, run a better business and help make the world a better place while doing it."

"Mike (Lindell) isn’t going to know what hit him," Hogg wrote in another tweet. "This pillow fight is just getting started."

Lindell is a staunch supporter of former President Donald Trump and has repeatedly shared unsubstantiated claims that the presidential election was rigged — even after U.S. President Joe Biden’s administration took office. In January, Twitter permanently banned Lindell over "repeated violations" of its policy after he had continued to perpetuate the false claim that Trump won the election.

Hogg wrote in a series of tweets about the planned business venture that he hopes to employ formerly incarcerated people, veterans and workers from MyPillow, "in the case we put them out of business." He also wants the future company to "have an emphasis on supporting progressive causes" and utilize a unionized manufacturer in the U.S.

He added that he and LeGate hope to "sell $1 million of product within our first year."

Hogg was a student at Marjory Stoneman Douglas High School in Parkland, Florida in 2018, when a gunman killed 17 people and injured 17 others. He has since become an outspoken gun control activist and founded the student-led gun control organization March for Our Lives with several of his classmates. He was included in Time magazine's list of "100 Most Influential People" of 2018. 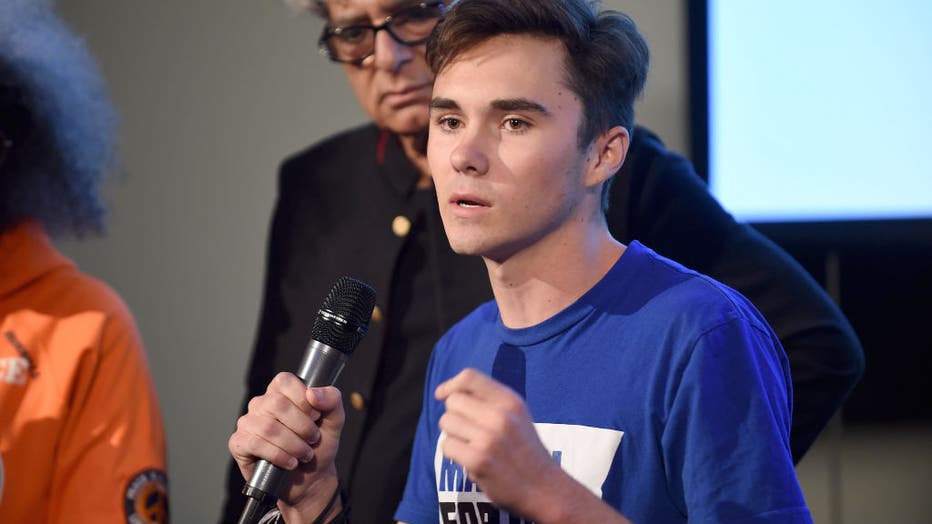 LeGate also shared several posts about the planned pillow company, writing that he would be funding 100% of the business venture and the duo isn’t seeking outside investors.

"It will be 100% owned by me, David, & our strategic partners. We want to retain complete control so no compromises on values," LeGate wrote.

In response, Lindell told Axios on Thursday: "Good for them.... nothing wrong with competition that does not infringe on someone's patent."

The MyPillow CEO is facing potential litigation from Dominion Voting Systems for claiming that their voting machines played a role in alleged election fraud. Lindell had also urged Trump to declare martial law in Minnesota to obtain its ballots and overturn the election.

Major retailers such as Bed Bath & Beyond and Kohl’s said that they would stop carrying MyPillow’s products.

State and local election officials have said repeatedly the 2020 election was fair and secure despite claims by Trump and his allies.

Courts have soundly rejected allegations made in numerous lawsuits, while election officials of both parties conducted audits verifying the vote. Trump's own attorney general at the time said there was no evidence of widespread fraud that would have changed the results.