Parents in one Montgomery County community are concerned about their kids' safety because of construction on the Purple Line.

CHEVY CHASE, Md. (FOX 5 DC) - A busy intersection in Montgomery County where Purple Line construction is ongoing is a safety hazard for children getting to school, according to parents in Chevy Chase.

The construction partially impedes the view of the crosswalk at Jones Mill Road and Coquelin Terrace. On Tuesday, parents served as crossing guards for their children.

"We would like for this crosswalk to be a safe crosswalk," said parent Karen Rivas.

"I just want cars to know we're there and not to be speeding at us and not know that we're there," said fifth-grader Nya Stoian.

Dozens of students from the surrounding neighborhoods have to cross Jones Mill Road either to walk to school or board a bus.

Montgomery County Schools told FOX 5 it is changing stops to avoid students needing to cross the road. The new stops will take effect on Thursday.

In the meantime, the district says it will have staff at the stop on Wednesday to ensure safe crossings.

"We have already started the process of adding stops on the other side of the street so students do not have to cross. The additional stops will be in effect as of Thursday," said an MCPS spokeswoman.

A spokeswoman for the Purple Line says safety is a priority for the project and that Purple Line will work the construction crews to address pedestrian safety at the intersection. 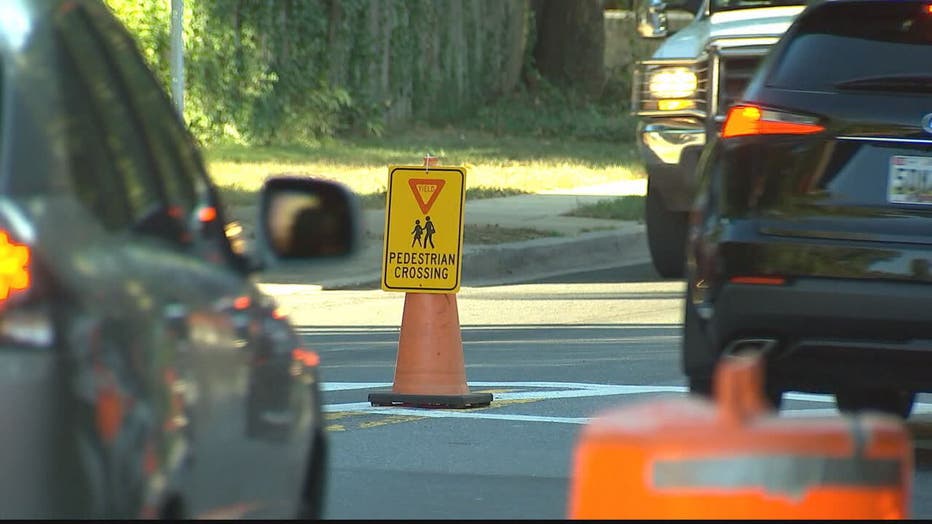