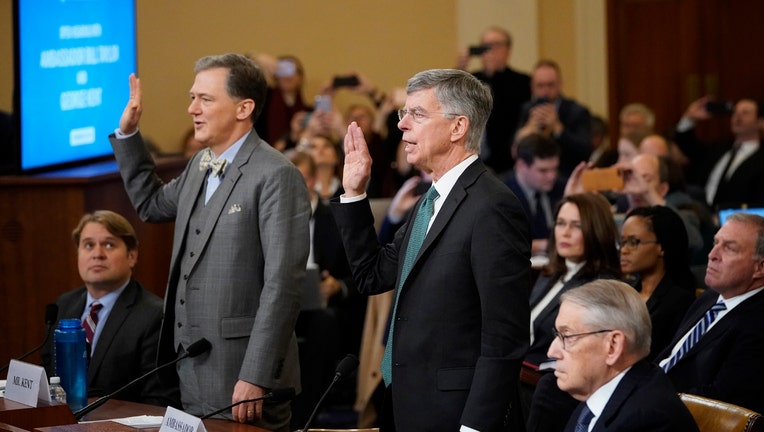 WASHINGTON (AP) - A motion to issue a congressional subpoena to compel the whistleblower whose complaint led to the House impeachment inquiry to appear behind closed doors has been put off.

House intelligence Committee Chairman Rep. Adam Schiff had said earlier Wednesday that the panel would take up the motion after two diplomats completed their public testimony.

As Schiff proposed tabling the motion, Republican Rep. Mike Conaway of Texas, who had raised the motion earlier in the day, said, “I know you’re afraid of hearing from the whistleblower.”

The committee voted along party lines to table the motion.