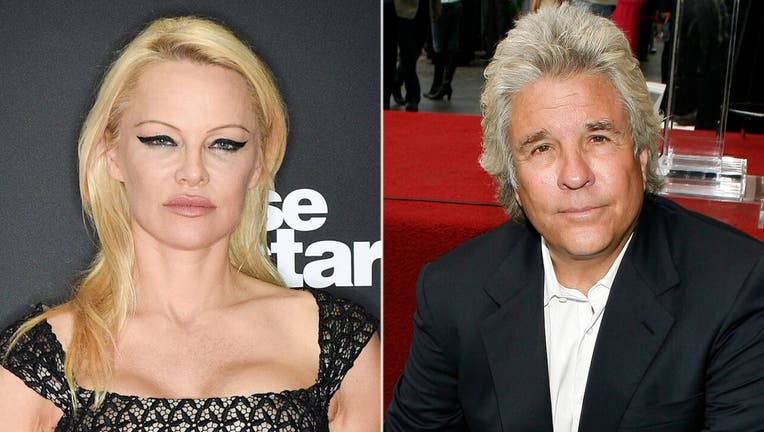 Pamela Anderson and her ex-husband of 12 days Jon Peters.

Just weeks after Pamela Anderson and Jon Peters ended their 12-day marriage, the movie mogul is engaged to another woman, according to a report.

Peters, 74, is now engaged to a woman named Julia Bernheim, according to Us Weekly. The famed producer's new engagement comes less than three weeks after his breakup from Anderson, 52.

News of the engagement was revealed at an event attended by Peters and his new fiancee at the NASDAQ Closing Bell, the magazine reported.

Bernheim, who is reportedly an actress also known as Julia Faye West, has not spoken out about the engagement. A rep for Peters did not immediately respond to Fox News' request for comment.

Peters was actually dating West last month but left her to marry Anderson, according to Page Six.

The actress has appeared in "Ballet of Blood," "Reality Queen!" and "Deadly Punkettes" among other TV series and movies, according to her IMDB page.

Peters' engagement comes after Anderson slammed him for making "ludicrous" statements claiming he paid off $200K of her debt. This week, Peters denied making such comments.

The "Baywatch" icon shocked fans last month when she revealed on Instagram she had tied the knot to Peters, her fifth husband, in a secret ceremony in Malibu, Calif. However, the duo split just 12 days later amid reports they never obtained a legal marriage license.

In a statement to Fox News last month, Anderson explained the two put a delay on their marriage license.

"I have been moved by the warm reception to Jon and my union. We would be very grateful for your support as we take some time apart to reevaluate what we want from life and from one another," Anderson said via her rep.

"Life is a journey and love is a process," she said. "With that universal truth in mind, we have mutually decided to put off the formalization of our marriage certificate and put our faith in the process."