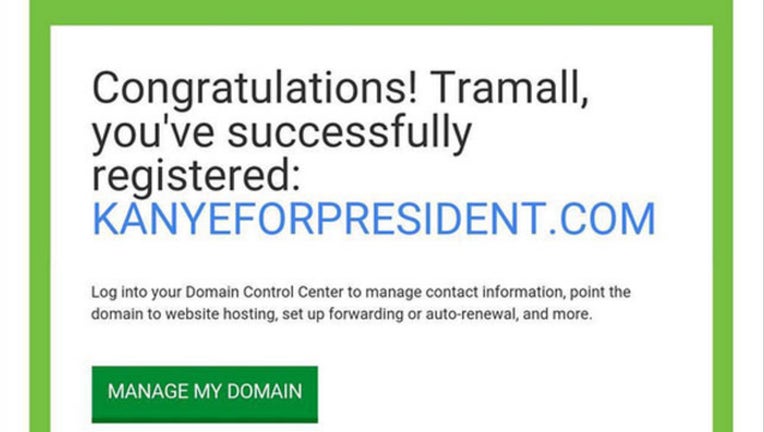 Kanye West's claim that he will run for president in 2020 may have made one man a ton of money.

According to an online report by the DailyMail, 24-year-old Tramall Ferguson bought the domain KanyeForPresident.com in April of this year.

After West's announcement, Ferguson says he has received offers to purchase the site - including one as high as $80K.

It is unclear what plans Ferguson has for the domain.