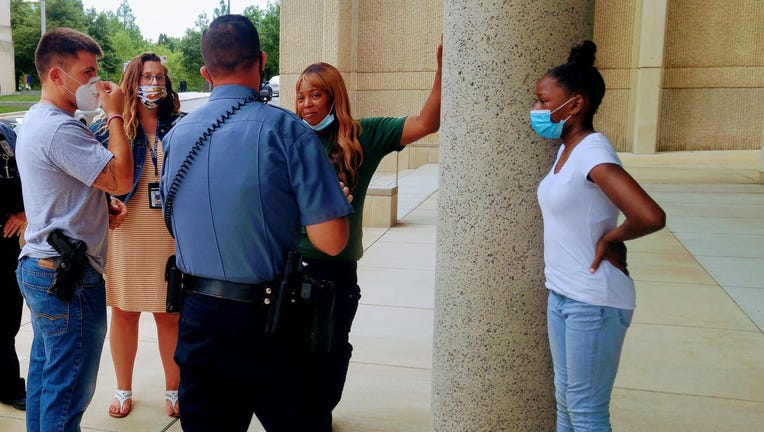 KANSAS CITY, Mo. - A single mother who lost her job amid the coronavirus pandemic and has struggled to pay the bills opted to donate her winnings from a lottery ticket to a police officer shot in the line of duty.

Touched by her act of selflessness, a GoFundMe page later created for the woman has raised more than $19,000.

Shetara Sims, who lives in Kansas City, Missouri, recently went to a grocery store and found a $1 bill in the parking lot, according a GoFundMe page organized by the Kansas City Police Department. She used it to buy a scratch-off ticket and ended up winning $100.

Although lotteries encompass a small portion of a state's budget, the funds they generate go on to benefit other government programs.

Shetara’s 12-year-old daughter, Rakiya, suggested that they give the money to an officer who was shot on July 2 and was still in the intensive care unit, police said.

On July 10, Shetara anonymously called the Kansas City Missouri Police Department to donate her winnings to the officer.

“She went on to say she lives in the urban core of Kansas City, and her daughter was murdered in 2012. She said the detectives who worked her daughter's case were like her therapists, fathers, and lifelines all in one,” according to the GoFundMe page.

“With her current financial hardship, we urged her to keep the money,” according to the page. “She refused, saying the officer's family needed it, and police needed to know they were supported.”

The police department posted about the mom’s act of selflessness on its Facebook page, prompting many users to reach out to share their eagerness to help Shetara — but there was one problem.

“The woman had called from an unlisted number and didn't leave a name. It took a while, but we were able to track her down,” the department explained.

The police department added that once it tracked her down and informed her of the fundraiser, Shetara asked: "Don't the officer and his family need it more?"

Shetara and Rakiya were later able to meet the wounded officer’s coworkers and friends, according to a follow-up post shared on the department’s Facebook page.

The GoFundMe page has raised more than $17,000 for Shetara since being created on July 17.

“To hear her call and just express thanks for no reason other than she’s thankful, it’s really impactful to us, and it’s really touching to us,” police Sgt. Jake Becchina told KMBC-TV.