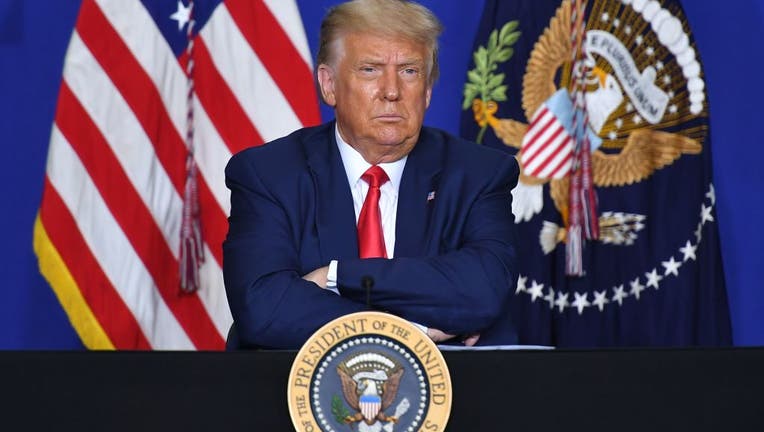 US President Donald Trump listens to officials during a roundtable discussion on community safety, at Mary D. Bradford High School in in Kenosha, Wisconsin on September 1, 2020. (Photo by MANDEL NGAN/AFP via Getty Images)

Noor Bin Ladin (who spells her name differently from her notorious terrorist uncle) tells the New York Post that "only Trump can prevent another 9/11."

Bin Ladin, 33, lives in Switzerland and is not eligible to vote in November's election.

But she calls herself "an American at heart" and told the Post that her dream vacation is a road trip across the United States in an RV.