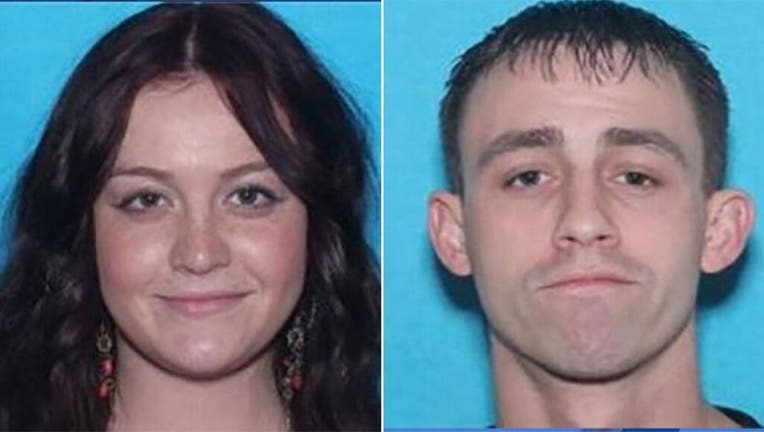 Kristin Nicole Begue and Randy Lee Cooper were both arrested after crashing into each other while both were driving stolen vehicles, police said. (Courtesy: Newberg-Dundee Police Dept.)

NEWBERG, Ore. - A car crash Sunday resulted in both drivers being arrested after police in Oregon discovered they were both driving stolen vehicles.

Newberg-Dundee police chased Randy Lee Cooper, 27, in a stolen Land Cruiser before he careened into a Buick Regal as he was attempting to elude officers.

Cooper was arrested and charged with multiple crimes, including assault and unauthorized use of a motor vehicle.

In the process, police discovered that the driver of the Buick, 25-year-old Kristin Nicole Begue, was under the influence of intoxicants and her vehicle had also been reported stolen three weeks prior, according to a police press release.

She was also arrested and charged with driving under the influence and unauthorized use of a motor vehicle.