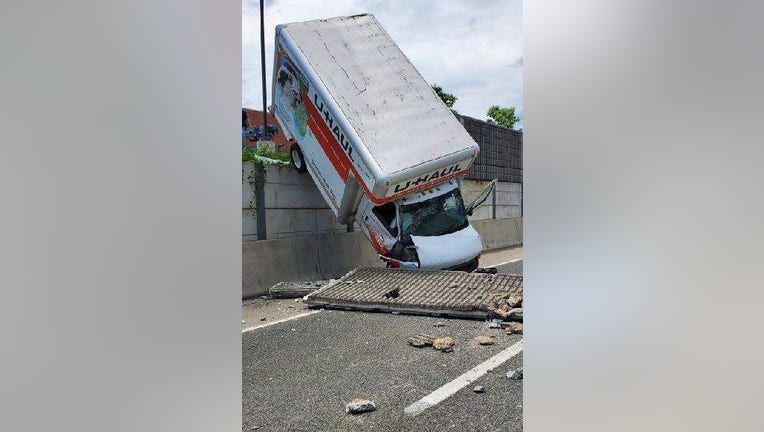 Nobody was hurt after this driver crash-landed his U-Haul truck on a Beltway ramp near Braddock Road in Fairfax County. (Virginia State Police)

FAIRFAX COUNTY, Va. - A U-Haul driver created quite a scene Saturday in Fairfax County after crash-landing his truck on a Beltway ramp.

Virginia State Police say the driver is unharmed after the nosedive Saturday afternoon.

Police say the driver hit the gas pedal instead of the brake, sending his U-Haul truck through a retaining wall and on to the ramp from Braddock Road to southbound Interstate 495.

The driver, who police did not identify, has been charged with reckless driving for failing to maintain control of the vehicle.