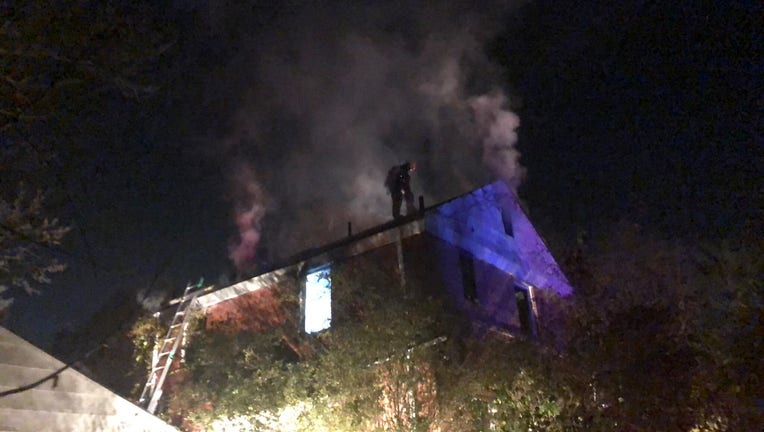 Firefighters say one person is dead after a fire erupted in this Silver Spring home. (Montgomery Co. Fire & EMS)

SILVER SPRING, Md. - Firefighters say one person is dead after a fire erupted Friday night in a Silver Spring home.

About 85 firefighters first responded to the scene around 9:30 p.m. in the 10000 block of Lorraine Avenue, near University Boulevard.

Officials say flames had already reached the 2nd floor of the two-story home:

They eventually found one person believed to be the home's sole resident dead inside the house.

Firefighters say excessive furniture and other combustibles likely accelerated the pace of the fire:

Officials have yet to identify the victim.