Reardon Sullivan, the republican candidate for Montgomery County Executive in 2022, joins the show to talk about some of the issues his campaign will be focusing on going into November's election.

The election follows a recount in which Elrich defeated his opponent, businessman David Blair, by just 32 votes.

"I think, what I saw was, a mandate. I saw that Montgomery County is divided. We have 40 percent of the people voted for Marc Elrich and 60 percent of the people did not. What that means is that the party is divided," Sullivan told Fitzgerald Sunday. "My policies are very similar to David Blair's. David Blair got 40 percent of the vote. We have Hans Riemer, Hans Riemer supports bringing 5G to the county, as well as, fixing the American Legion Bridge. So do I. Also the independents have not weighed in yet. They are 25 percent of the electorate, and they typically break 60, 70, 80 percent toward the conservative side when given a viable option. Plus of course, the republicans. What that means is I can actually win, and Montgomery County could actually have a republican county executive." 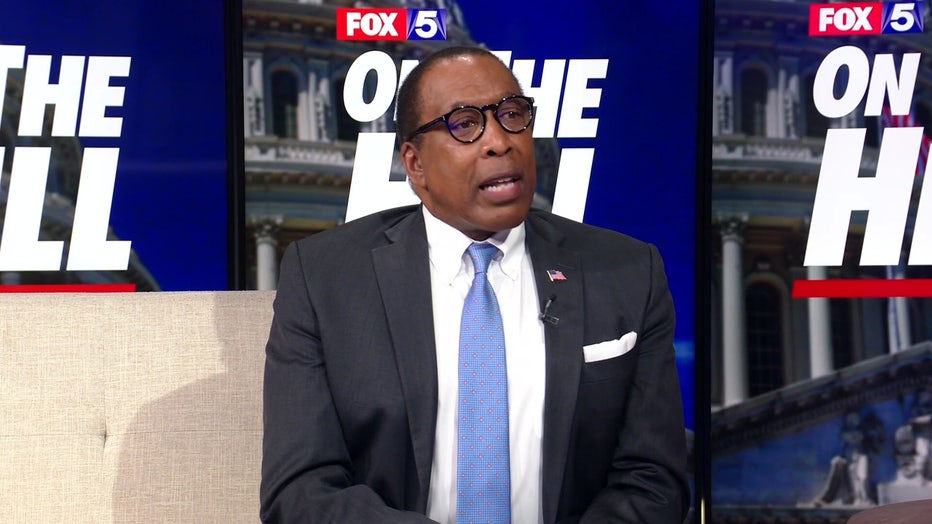 Sullivan said he believes there is a very strong anti-Elrich sentiment in Montgomery County.

"I think if you were to ask either the parents whose education was stymied, the business owners, the restaurateurs, there's a lot of people who said, hey, I'm fed up and I want a change," he said. "And the fact that the Democratic Party was so split during the primary. I think that's opportunity. I think there's a great opportunity to get in there and make a change."

Regarding the rise in violence in Montgomery County, Sullivan told Fitzgerald proper police funding is key.

The Democratic nominee for Montgomery County executive, Marc Elrich will face Republican Reardon Sullivan in the November election. Sullivan joined FOX 5 to talk about the lection and more.

"Marc Elrich and the county council, they took $3 million out of the police budget and lost 63 FTEs at a time when all of these, when crime, violent crime in the county is on the rise," Sullivan said. "That doesn't make any sense. I think we need to make sure that we also give the men and women of the police, the respect that they deserve. I think that people aren't wanting, these police officers aren't wanting to work in Montgomery County when they're going to be thrown under the bus, and they're not getting paid properly, and the people you're working for, the county executive, are not respecting the work that they're doing."

Sullivan said in order to attract big businesses to Montgomery County, leaders need to make sure the County is regarded as business friendly.

"I think one of the first things we need to do is, we need to make sure that Montgomery County is perceived as being business friendly, it's not," Sullivan said. "And part of that relay is at the rule, at the feet of, the county executive and the county council. I think we have way too many regulations. If you're trying to build a building here, you're trying to get a permit to do anything in here, in Montgomery County. It's very, very onerous. I think we need to do things like, cut the red tape to make it so that you can actually positively do business in here. We shouldn't have the board of health being used almost as a weapon against people who want to open a restaurant. We need to make sure that the taxation is done properly, so that you don't make money, then automatically have to turn around and give it to the county. I think that's where we need to change."