ON THE HILL: Marc Elrich shares his vision for the future

In case you missed it Sunday morning, FOX 5's "On the Hill" program spoke with incumbent Montgomery County Executive Marc Elrich, who is also the democratic candidate for the seat in 2022.

Elrich beat out candidate David Blair by just 32 points in a tight race that eventually went to a recount. The recount confirmed Elrich's victory this week, and Blair conceded the race in response. The two candidates also ran a tight race in 2018, being separated by just 77 votes.

FOX 5's Tom Fitzgerald sat down with Elrich to talk about winning the race, and what he hopes to accomplish over the next four years in Montgomery County, if he is re-elected county executive.

Fitzgerald first asked Elrich about the tight race against Blair, and what Elrich's take away from the race is about his perception.

Elrich responded that he believes "it shows that in some areas we did not convey well enough what we're doing." 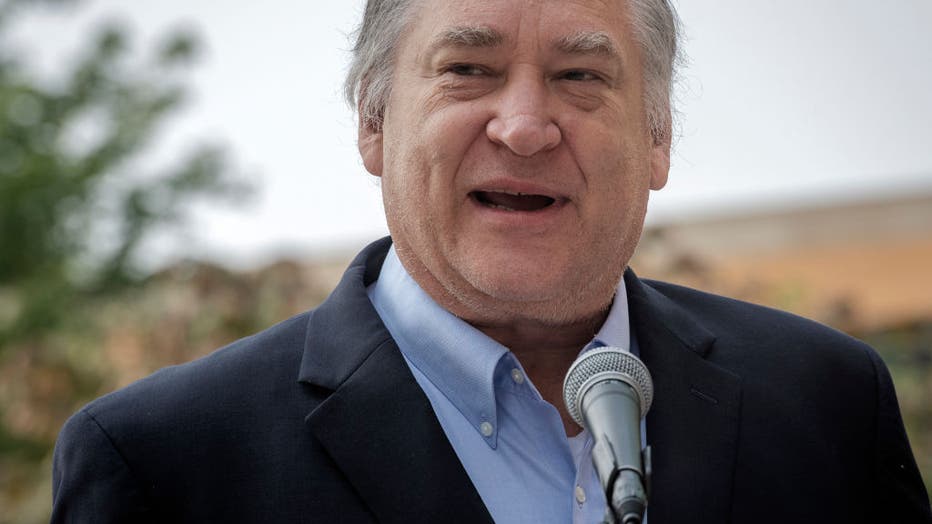 ROCKVILLE, MD - JULY 21: County Executive Marc Elrich makes remarks as Montgomery county holds a memorial service for homeless citizens who have passed away during the pandemic, in Rockville, MD. (Photo by Bill O'Leary/The Washington Post via Getty I

He went on to say that he believes the issue stems from a communication problem, and not his performance as county executive.

"I think a lot of its communications issue. I think that our performance is constrained by COVID, and anybody doesn't understand the effect that COVID had on budgets, isn't paying attention," said Elrich. "But this last budget, which is the first time we had money, with no tax increases and no federal money, we were able to do a lot of things we weren't able to do the first two years."

Elrich further elaborated on how the COVID-19 pandemic played a part in hampering his goals for Montgomery County during his term.

"We had thoughts about to expend on climate change. We were going to fill the offices and start the work on climate change. The council took a very conservative approach to budgeting, cause we didn't know what we are going to be getting in terms of the federal funds or tax receipts," Erlich explained. "So I had two years of same services budgets. So you can’t do bold new things and do same services at the same time. We're out of that now."

During his interview with FOX 5, Elrich also spoke about what he hopes to accomplish if re-elected.

The first point he touched on is attracting new businesses to the county. This comes as Northern Virginia has recently convinced several major companies to move there. Elrich said the key for Montgomery County is to focus on specific types of businesses.

1-on-1 with Montgomery Co. Executive Marc Elrich on affordable housing

Elrich also spoke about the problem of expensive housing in Montgomery County.

"You know our housing, what the government does in terms of encouraging housing is very narrow band, we used to call it, housing MPDU (Moderately Priced Dwelling Unit) program. I repriced all units for teachers, firefighters and police officers. That's no longer the people who are the only people who need housing. We've got a band well below, that gets no housing support. And there's a big gap with the developers of building between the MPDUs and what they do in market. There's over a $1000 gap from an MPDU unit in one bedroom, and a market rate unit in Bethesda. So if you're not low enough income to get an MPDU, you can’t get into a market building."

To hear all the topics discussed watch the interview IN FULL above.