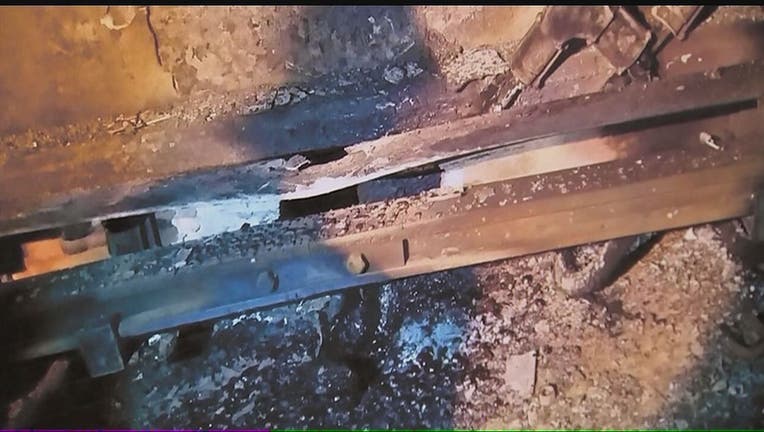 WASHINGTON (AP) -- Power cables next to the one that caught fire at a downtown Washington subway station on Monday were not equipped with insulating materials designed to prevent moisture and debris from causing corrosion that can lead to fires, a federal official said Friday.

Monday's fire led to an unprecedented daylong shutdown of the Metro system on Wednesday for safety inspections and repairs. Metro's general manager said the inspection revealed three locations where power cables were so badly damaged that it wasn't safe to run trains until they were fixed.

One of those places was the McPherson Square station, the closest station to the White House and the scene of Monday's fire, which occurred in the early morning before the system opened. Metro General Manager Paul Wiedefeld said the fire was similar to the one in January 2015 that caused a train to fill with smoke inside a downtown tunnel, killing one passenger and injuring dozens.

A National Transportation Safety Board investigator inspected the cables at a Metro facility after Monday's fire, according to the federal official, who spoke on condition of anonymity because the official wasn't authorized to speak publicly. It was clear to the investigator that the remaining three unburned cables from the tunnel lacked the insulating sleeves that are supposed to be affixed to either end of an L-shaped "boot" connecting the cables to their power supply, the official said. The burned cable was too badly damaged for the investigator to tell whether the insulating sleeves had been present, the official said.

Last July, the NTSB issued an urgent safety recommendation calling on Metro to inspect all power cables to make sure their connection assemblies meet design specifications and are properly installed. Those specifications include the insulating sleeves, which protect the cables from contaminants that can lead to electrical malfunctions such as the one believed to have caused last year's fire.

Dan Stessel, a Metro spokesman, confirmed late Friday that the agency had not finished installing the components, while not addressing the McPherson Square station specifically.

"Metro began work to install the protective sleeves immediately following the NTSB recommendation in June and was 55 percent complete as of Wednesday," Stessel said.

Metro is the nation's second-busiest transit system, serving more than 700,000 daily riders, and nearly three-quarters of the federal workforce rides the system's trains and buses. The 40-year-old system, once a source of regional pride, has deteriorated after decades of deferred maintenance and is now known for delays, broken escalators, grimy trains and an acrid smell in the tunnels.

Wednesday's closure, the first time Metro had shut down for a non-weather-related event, disrupted the commute for thousands of people, and federal workers were given the option to work from home or take the day off. Wiedefeld, who took over as general manager in November, was praised by riders and elected officials for the bold step of shutting down the system, which has a history of safety problems that employees have not reported to managers.

For example, after a train derailed last summer with no passengers on board, Metro revealed that the track problem that caused the derailment was discovered a month earlier but wasn't fixed.

This story has been corrected to show that a National Transportation Safety Board investigator inspected the cables at a Metro facility where the damaged equipment was taken; the NTSB did not send investigators to the scene of the fire.