Authorities are investigating after an FBI police officer fired gunshots near I-295 in Northeast D.C. Saturday. FOX 5's Nana-Séntuo Bonsu has the details on the investigation.

According to the Metropolitan Police Department, the shooting happened around 1:30 p.m. at the intersection of Hayes Street and Kenilworth Avenue, Northeast, near I-295. 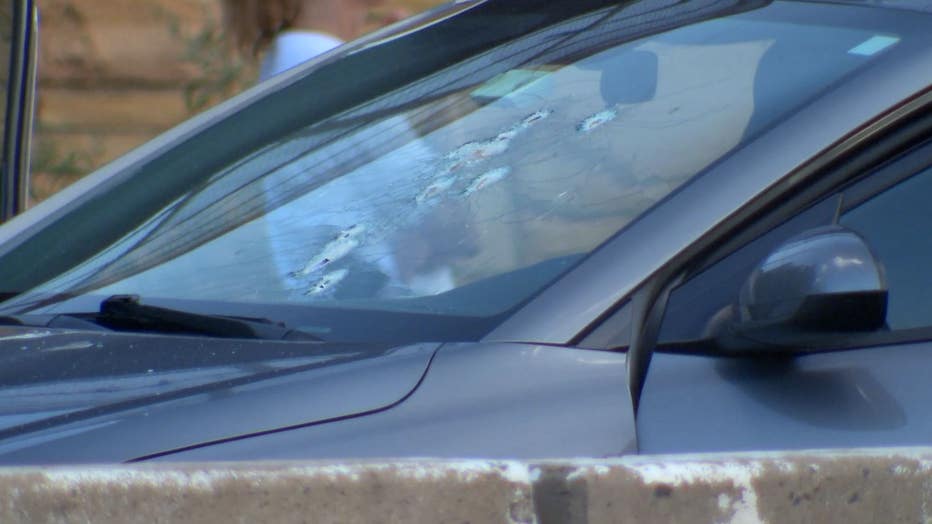 FBI officials released a statement to FOX 5 saying that the department is reviewing the shooting.

The statement adds that "the FBI takes all shooting incidents involving our personnel seriously. In accordance with FBI policy, the shooting incident is under investigation by the FBI’s Inspection Division. The review process is thorough and objective, and is conducted as expeditiously as possible under the circumstances."

The officer involved in the shooting has not been identified, and officials have not said what led up to the shooting.

Images from the scene showed investigators taking pictures of a gray sedan that had several bullet holes in its windshield.

No injuries have been reported as a result of the shooting.

I-295 North was shut down for a period after the shooting Saturday afternoon. It has since been reopened.