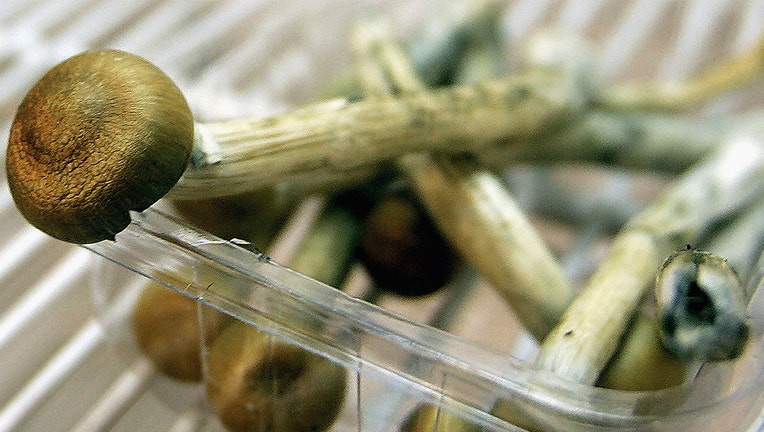 FOX NEWS - Rep. Alexandria Ocasio-Cortez, D-N.Y., filed legislation on Friday to make it easier for researchers to study the therapeutic and medical benefits of certain psychedelic drugs such as magic mushrooms amid a growing national shift in attitudes toward the substances.

In an amendment to a large-scale appropriations bill, Ocasio-Cortez wants to end the rider that prohibits federal money being spent on "any activity that promotes the legalization of any drug or other substance in Schedule I" of the Controlled Substances Act.

"Academics and scientists report that provisions like this create [stigma] and insurmountable logistical hurdles to researching Schedule I drugs," her summary states.

While certain entheogenic substances - such as mushrooms and peyote - have been used for centuries by Native American communities, the drugs were widely made illegal across the globe during the 1960s and 1970s. The tide, however, seems to be turning on these substances amid research at numerous universities into their efficacy in treating mental health issues and addiction.

In an analysis published last October in an issue of Neuropharmacology, a medical journal focused on neuroscience, researchers from Johns Hopkins University recommended that psilocybin be reclassified for medical use - arguing its benefits in helping treat PTSD, depression and anxiety and helping people stop smoking.

"In the 1960s, they were on the cutting edge of neuroscience research and understanding how the brain worked," Matthew Johnson, an associate professor of psychiatry and behavioral sciences at Johns Hopkins, told the New York Times. "But then it got out of the lab."

Johnson added that as the substances gain more mainstream acceptance for their medical uses, it could be a game changer for treating mental illness.

"I see this as a new era in medicine," he said. "The data suggests that psychedelics are powerful behavioral agents."

In early May, voters in Denver passed a measure that makes the personal use and possession of psilocybin mushrooms by those 21 years of age or older Denver's "lowest law-enforcement priority," according to the measure's language. It does not legalize psilocybin or permit its sale by Denver's cannabis businesses.

The vote makes the investigation and arrest of adults who grow, possess, use or distribute entheogenic plants one of the lowest priorities for police. No city funds could be used to enforce laws criminalizing the substances, and the Alameda County district attorney would stop prosecuting people who have been apprehended for use or possession.

"Entheogenic plants and fungi are tremendous for helping to enable healing, particularly for folks who have experienced trauma in their lives," Carlos Plazola, chair of the advocacy group Decriminalize Nature Oakland, said before the council meeting. "These plants are being recommended pretty extensively undercover, underground, by doctors and therapists."

An additional amendment to the appropriations bill, filed by Rep. Lou Correa, D-Calif., would prevent the Department of Education from denying federal funding to any university or college that permits the use or possession of medical marijuana in states where it has been legalized.

While it is unclear whether either of these two riders will clear the Democratically-controlled House, Rules Committee Chairman James McGovern, D-Mass., has been a frequent critic of past Republican efforts to block marijuana-related amendments.

Fox News' Nicole Darrah and The Associated Press contributed to this report.