WASHINGTON - An Ohio woman who was among the pro-Trump protesters who were caught on camera swarming the U.S. Capitol Jan. 6 says she was given a VIP pass, and believed she was providing security at the former president’s rally, according to court documents.

She also says she spoke with Secret Service agents before the rally.

Jessica Watkins is one of a number of members of the far-right organization the Oath Keepers who was caught on camera during the incidents surrounding the siege on the U.S. Capitol.

Watkins’ defense attorney submitted a filing for home confinement over the weekend, arguing that she didn’t participate in any of the violent acts at the Capitol – which included incidents that led to the deaths of five people – and that she refrained from damaging property. 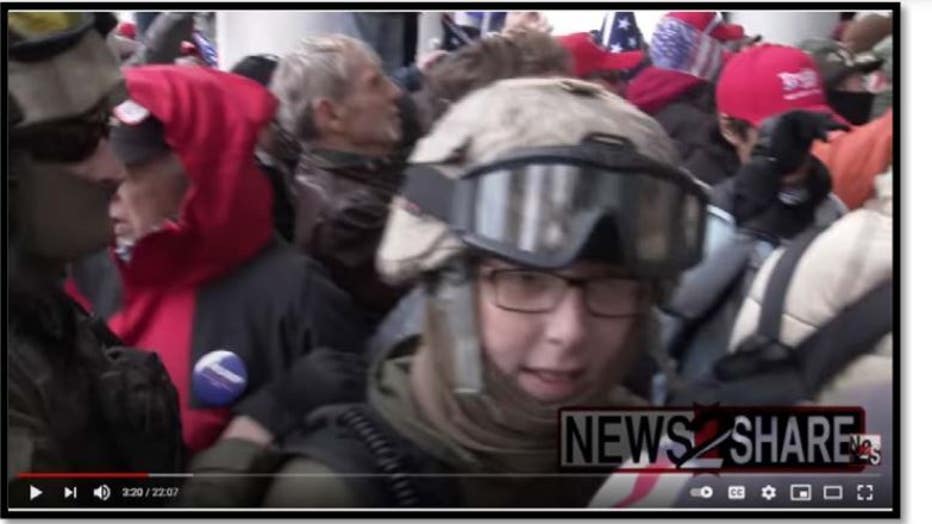 In addition, the documents call special attention to the fact that images of Watkins inside the Capitol proper were not taken until 40 minutes after the initial wave of rioters stormed the building.

Prosecutors say that Watkins and her compatriots tried to organize armed support for their actions inside the Capitol. 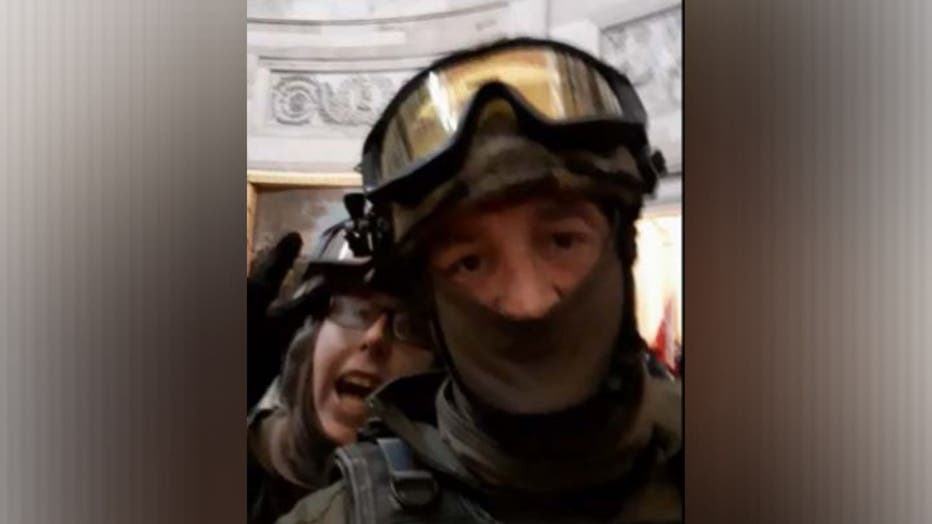 The Department of Justice characterizes the Oath Keepers as a far-right organization that distinguishes itself from others by prioritizing ex-military, law enforcement and first-responders.

Their name points toward the oath sworn by members of the military and the police to defend the constitution, which they believe is threatened by a shadowy conspiracy looming over the highest levels of government.

During the Jan. 6 riot, Oath Keepers were seen wearing military style gear and camouflage, distinguishing themselves with patches signaling their membership.

On Jan. 4, an Oath Keeper leader issued a call to members to act on behalf of President Donald Trump, who maintained that Democrats had fraudulently wrested away his victory in the 2020 election.