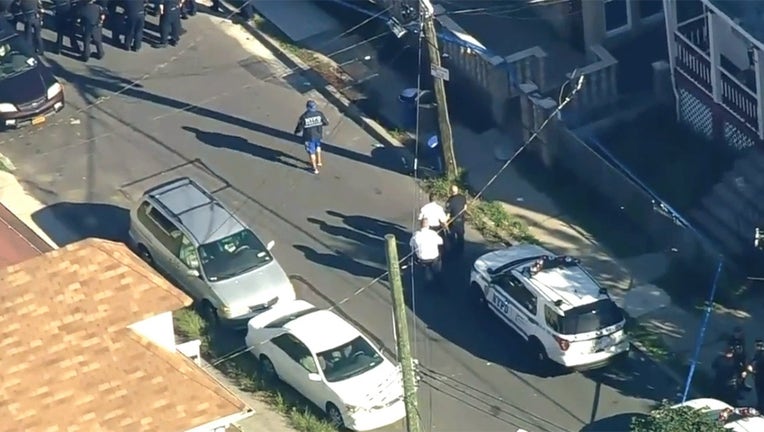 STATEN ISLAND, NY - A police officer responding to a call from a woman about a domestic assault was shot by the suspect on Staten Island Tuesday.

At about 8:18 a..m., two officers and the victim were searching for the suspect in the Clinton neighborhood when he was spotted. The officers dropped off the woman a block away and attempted to arrest the man, but he resisted, said NYPD Commissioner James O'Neill.

Cops Tasered the 39-year-old suspect in the back as he managed to take out a gun and fire two rounds, added O'Neill.

The officers fired back, shooting and killing the suspect.

One of the officers was struck in the hand. It was not clear which bullet hit the officer.

The female cop was rushed in the police cruiser to Richmond University Medical Center ​​​​.

SkyFox was over the area where police taped off the scene. Cops could be seen moving bystanders away from the area.

The officer's injuries were considered serious but not life threatening.

"She was in some substantial pain but she was doing good," said NYPD Commissioner James O'Neill.

The suspect had a lengthy rap sheet and served five years for a previous shooting.