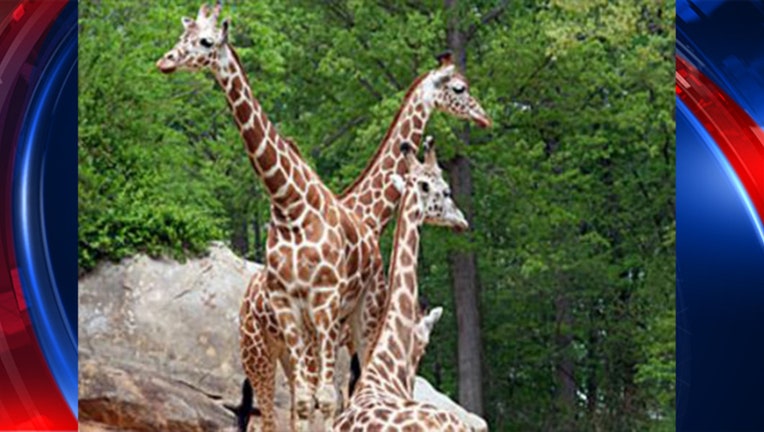 (FOX 46) - As the world patiently awaits the arrival of April the Giraffe's calf, zoo keepers in North Carolina are mourning the loss of one of their giraffes.

"It is with a heavy heart that we share the loss of one of our beloved giraffes, Jamili. She had been a part of the Zoo family since 2009. Keepers loved Jamili for her easy-going personality--she will be greatly missed," North Carolina Zoo posted on Facebook.

According to zoo officials, Jamili died after she accidentally became entangled in a mental and physical engagement item used with our giraffe herd. This enrichment item, and others like it, had been used for many years with the giraffe herd without incident, officials said.

The zoo is in the process of reviewing its animal safety policies and procedures -- including the enrichment items that the animals use in their behind-the-scenes living quarters.

Jamili, a reticulated giraffe, was born May 30, 2008 at Cheyenne Mountain Zoo in Colorado Springs, Colorado. She came to the North Carolina Zoo in March 2009. Keepers said they were immediately taken by Jamili's easy-going personality. She gave birth to one female calf, Juma, in July 2012. Juma is now at the Maryland Zoo and last month had a female calf of her own.

The world has watching with anticipation for April the Giraffe to give birth at Animal Adventure Park in Harpursville, NY. Park officials have been providing updates to April's condition through Facebook Live, and have even set up a live stream to let everyone witness the birth.

The event has caused a case of "giraffe hysteria," as people anxiously await the newborn's arrival. An expectant mother's video went viral after she wore a giraffe head and pretended to be April as she walked around her bedroom.

Park officials now say their timeline is obviously off on when they expected the baby giraffe to arrive. For now they continue to monitor mommy and her bundle of joy.

You can watch the live stream of April here: