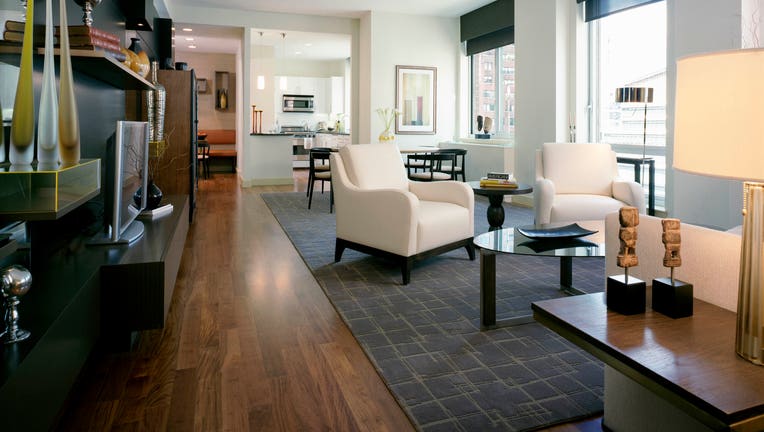 Every few months, social media lights up with a story or viral video about discrimination in home-sharing: A host kicks out a black guest or cancels a gay couple's booking or doesn't respond to a Muslim woman's inquiry.

The dominant brands — Airbnb, Booking.com and VRBO — work quickly to contain the damage. They may ban the host, find new housing for the guests and remind followers of their anti-bias policies.

But a handful of smaller competitors are trying to ease fears of discrimination by catering to specific minority groups, and this alternate approach has carved out a small but thriving piece of the home-sharing market. One executive calls the niche services "digital Green Books," a reference to the guide that black motorists once used to find welcoming hotels and restaurants.

"There are different segments of people in the world, and we want different things," said Hadi Shakuur, founder and CEO of Muzbnb, a home-sharing site for Muslims. He said the targeted services came about "because their values weren't represented on the other sites."

Misterb&b, which serves gay travelers, recently surpassed 300,000 hosts. Innclusive, which markets to people of color, says it has properties in 130 countries. Noirbnb, which caters to black travelers, has around 10,000 users. There are also home-sharing sites for Mormons, Christians and women.

Anyone is welcome to use the sites. Some hosts list on both niche sites and the bigger competitors. But the niche sites make clear that they are aiming at particular communities.

Stefan Grant started Noirbnb three years ago after neighbors called the police when he tried to check into a rental home in suburban Atlanta. Initially, he wanted the site to be a part of Airbnb specializing in black travel. Airbnb turned him down.

Alternative sites say they have few problems with discrimination, but they do watch for it.

Misterb&b investigates listings that have a high number of rejections. In four years, it has kicked three users off the site for discrimination. Noirbnb has not needed to remove any users. Innclusive requires nearly all of its properties to be instantly bookable, which cuts down on hosts' ability to discriminate.

Muzbnb, which has around 2,000 users, encourages hosts and guests to communicate before booking so all expectations are clear.

Jordan Prescott, a church musician from Baltimore and a gay man, had no problems when he booked an Airbnb for work in Cincinnati two years ago. But for a recent trip to Nice, France, he decided to use Misterb&b because he wanted a host who was knowledgeable about local gay nightlife. He said it takes some worry out of vacation planning.

But alternative sites don't appeal to everyone. Elena Nikolova, who runs a blog called Muslim Travel Girl, said she likes the idea of Muzbnb and thinks it's great for solo travelers who want a safe room in someone's home. But she prefers Airbnb because it has so many more properties, and she's usually renting a whole home for her family.

Nikolova said she has faced discrimination on Airbnb. She suspects one host turned her down because she wears a bright pink hijab in her profile photo. But she doesn't think home-sharing sites should do away with photos.

"I would rather have someone's photo to know who I am dealing with," said Nikolova, who is based in the United Kingdom. Home-sharing companies "can have as many clauses as they want on their contracts, but that doesn't stop what happens."

With more than 14 million listings between them, the big home-sharing sites aren't giving up. All three have software and staff dedicated to rooting out bias and responding to complaints.

In 2016, Airbnb instituted a nondiscrimination statement that all guests and hosts must sign. The company says it has barred more than 1 million people from the site because they refused to sign it.

Airbnb says 70% of its properties are now instantly bookable, up from 40% two years ago. And late last year, the company announced it would display a guest's profile photo only after a property is booked. Hosts are required to post a photo.

Booking.com requires instant booking and uses artificial intelligence to detect bias in its property descriptions and reviews. VRBO, which is owned by Expedia Group, requires hosts and guests to review its inclusion statement. Neither site requires users to post photos.

All three sites say they have removed users for discriminating. But none will reveal specific numbers or say whether those numbers are rising or falling.

"This market worked for decades to get rid of discrimination. Why let them bring it back into it?" he said. "Guests, hosts and policymakers have a right to know what's going on on the platform."

Some minorities have already closed the door on home-sharing.

Leslie Miley, an engineering executive in San Francisco who is black, used to rent out his Southern California vacation home on Airbnb. Guests would often show up and assume he was the gardener or property manager. He stopped using the site altogether in 2016, when he showed up to a rental home after dark and neighbors kept coming out to check on him. Now he only stays at hotels when he travels.

"It's so difficult to characterize the feeling you have as an African American doing something like that, knowing in the back of your mind it can go south very, very quickly," he said.