A 6-year-old boy is in custody and an adult hospitalized after a shooting at an elementary school in Newport News, VA, according to police.

A 6-year-old first-grader at an elementary school in Newport News, Virginia, shot a teacher on Friday afternoon during an altercation in a classroom, authorities said, leaving her with "life-threatening" injuries and renewing calls from parent's for greater classroom safety and oversight.

Before Friday's incident at Richneck Elementary School there were shootings at two other schools within the Newport News Public Schools system that shook the community in the past 17 months.

In September 2021, a 16-year-old fired several shots in a busy hallway inside Heritage High School during lunchtime, injuring two 17-year-olds 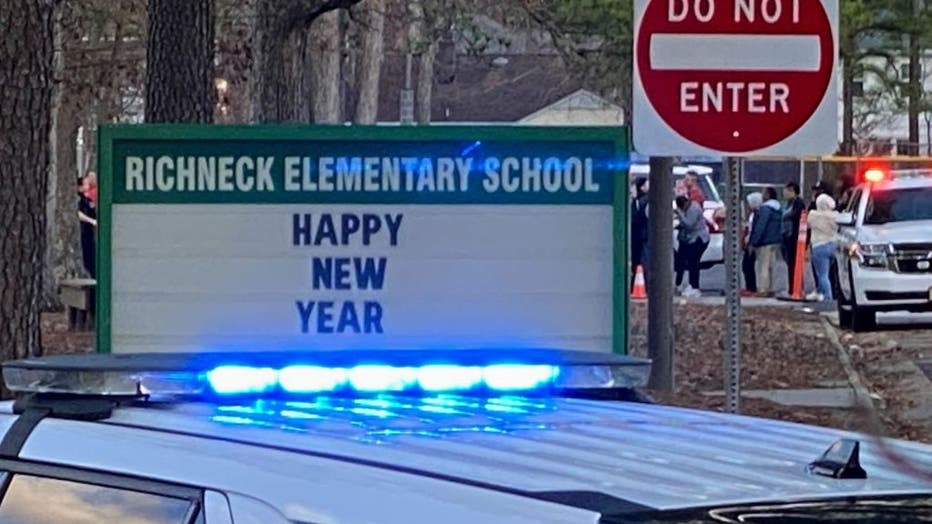 A teacher was injured in a shooting Friday afternoon, Jan. 6, 2023, at Richneck Elementary School in Newport News, Virginia, according to police and school officials. (Billy Schuerman/The Virginian-Pilot/Tribune News Service via Getty Images)

In a press conference on Friday, superintendent of Newport News Public Schools, Dr. George Parker said, "We need to keep guns out of the hands of our young people."

Some agreed, calling on the state and federal government to enact stricter gun laws to keep firearms out of children's hands.

Others called for the district to place metal detectors in schools, place law enforcement personnel inside schools, and even require students to carry clear backpacks into school.

"How many shootings and incidents does it take to start using metal detectors at every school, every entrance, every day, 24/7 with no exceptions." Riri Mimi wrote. "Issue a clear backpack policy AND put armed school resource officers in EVERY school."

"What’s your plan to stop this drama? Put Metal Detectors in school!!!!" Hanan Daoud, who has children within the school district, said.

Richneck Elementary School will be closed on Monday and Tuesday in response to the latest shooting.

Newport News Police Chief Steve Drew met with Zwerner and her family Saturday morning, according to a statement released by police Saturday afternoon.

"She has improved and is currently listed in stable condition," police said in the statement. "Because of the ongoing nature of the investigation, we will not be releasing any further information at this time."

Richneck Principal Briana Foster Newton said in a statement, "My heart is aching for our school community. The tragic event that occurred on Friday impacts all of us deeply," he said. "My thoughts and prayers remain with our teacher who was seriously injured, and our students and our staff, who are dealing with the aftereffects of this tragedy." 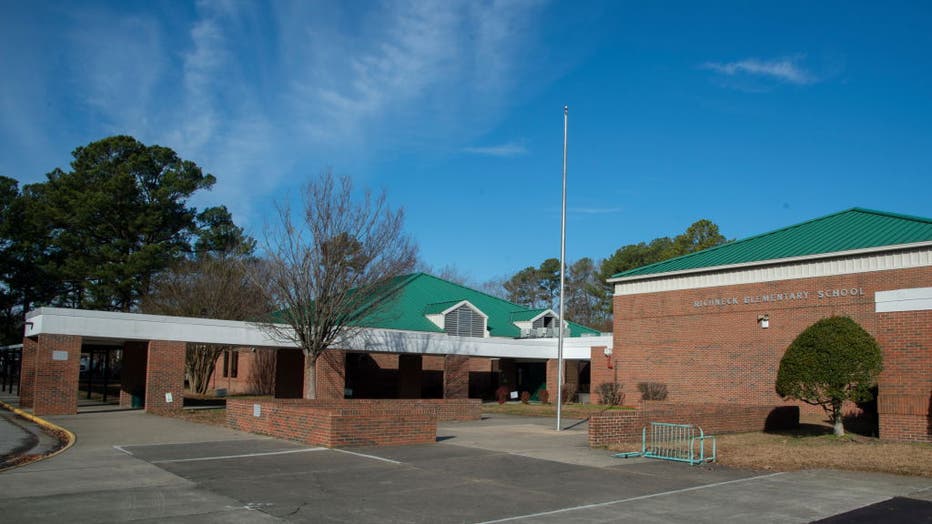 NEWPORT NEWS, VA - JANUARY 07: A general view of Richneck Elementary School on January 7, 2023 in Newport News, Virginia. A 6-year-old student was taken into custody after reportedly shooting a teacher during an altercation in a classroom at Richneck

On Friday, Gov. Glenn Youngkin expressed his condolences to the Newport News community saying, "My administration has offered assistance in response to the shooting at Richneck Elementary School in Newport News and stand at the ready to help in any way we can. I am continuing to monitor the situation and am praying for the continued safety of all students and the community."