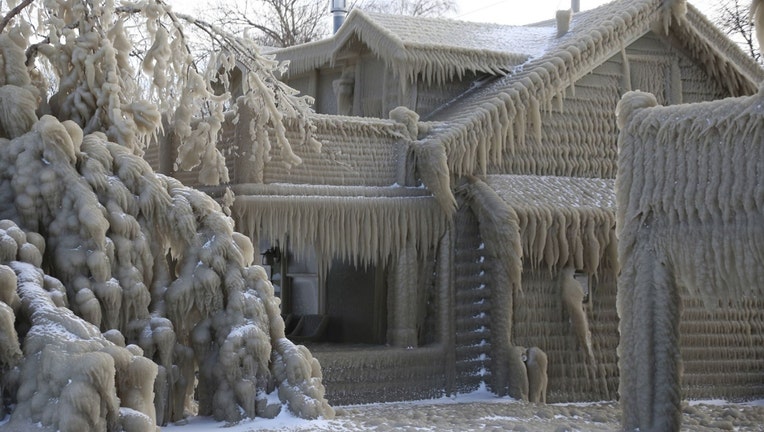 HAMBURG, N.Y. - This would be a palace fit for Elsa. A powerful storm system that brought blizzard conditions to western New York last week created a winter wonderland on the shores of Lake Erie that resembled something out of the hit Disney movie "Frozen."

Winds near Lake Erie freeze homes along the beach

LAKE EFFECT SNOW: HERE'S HOW IT IMPACTS THE GREAT LAKES

"Welcome to Narnia," John Kucko tweeted with an image of the now-frozen structures.

Resident Ed Mis told WGRZ-TV he's never seen conditions this bad before, and the front of his home was covered completely in ice that is one to three feet thick.

"I actually had to go out a secondary door and then chisel my way back into the house by breaking the ice," Mis told the television station.

So much ice had piled up on some home that residents reported their residences were dark inside from how thick the frozen precipitation was on their doors and windows. 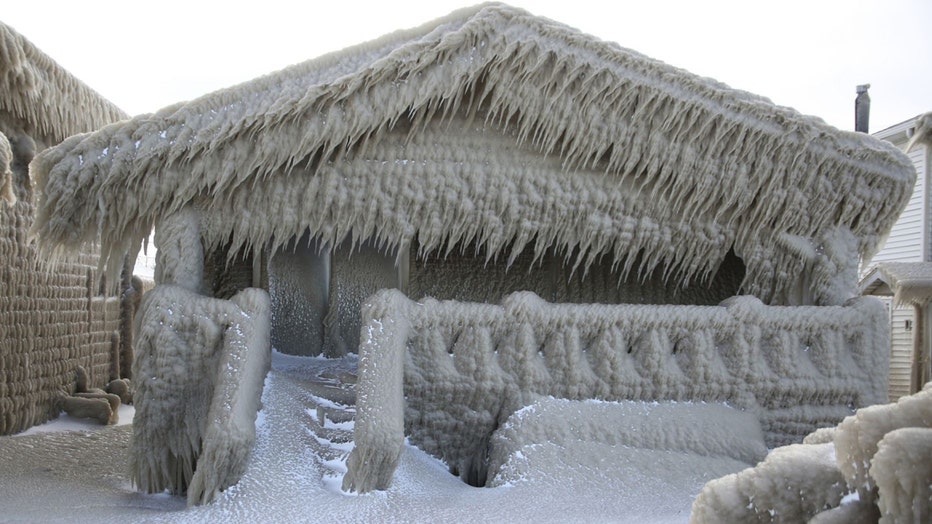 Homeowner Lise Kreuder told WIVB-TV she hasn't seen conditions this bad since the 1970s and that it's impacting her home. She's hoping the Hoover Beach area of Hamburg gets a breakwater sometime in the near future.

"My garage floor is started to show cracks," Kreuder said. "Last night we took in a small amount of water."

According to WIVB, the Hamburg town supervisor announced last month the town would be applying for FEMA funds in 2020 that may fund a break wall or other protective measures for the neighborhood. 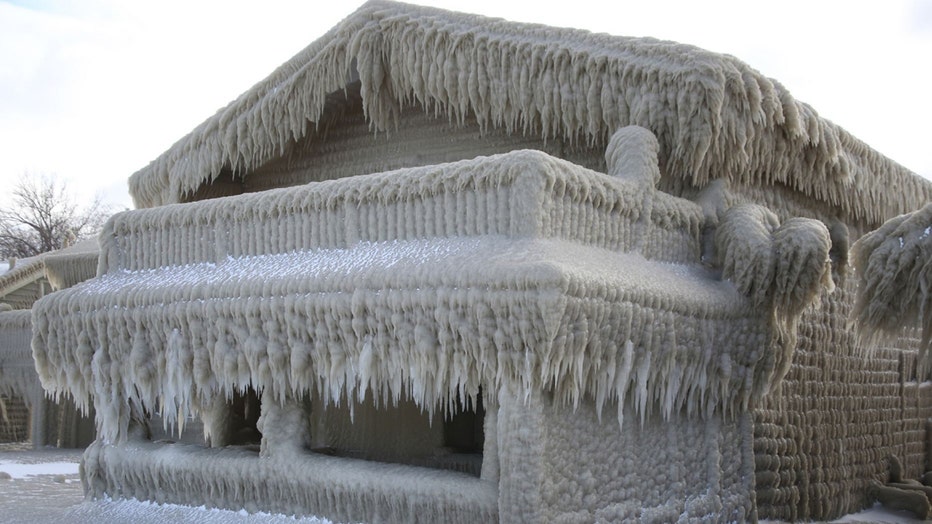 While the ice may have been the most-dramatic aspect of the storm, other parts of upstate New York are still digging out from feet of lake-effect snow.

The National Weather Service in Buffalo said up to four feet of snow had fallen in the town of Carthage.  Blowing snow has fallen around the state since Thursday, though the heaviest snowfall was concentrated in largely rural areas east of Lake Erie and Lake Ontario.

According to the National Severe Storms Laboratory, the "lake effect" phenomenon can happen when cold air moves over a lake's warmer water and heavy snow falls on the shore.

"As a cold, dry air mass moves over the Great Lakes region the air picks up lots of moisture from the Great Lakes," according to the NSSL. "This air, now full of water, dumps the water as snow in areas generally to the south and east of the lakes."

Between late fall and into winter, lake effect snow occurs in the Great Lakes region when frigid air, often from Canada, moves in. 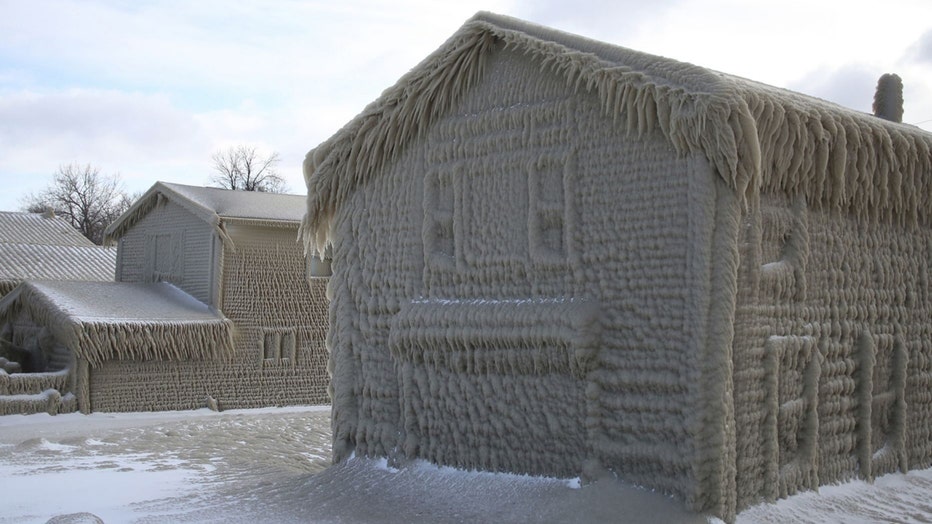