Mayor Bill de Blasio said that a shelter-in-place order for New York City must be considered due to COVID-19 but Gov. Andrew Cuomo said no city can issue such an order and that he will not let that happen.

NEW YORK - New Yorkers should prepare to be ordered to shelter in place in the midst of the novel coronavirus pandemic, New York City Mayor Bill de Blasio on Tuesday afternoon. But the governor later pushed back at that possibility.

"The right guidance to give all New Yorkers is even through a decision have not yet been made by the city or by the state, I think new Yorkers should be prepared right now for the possibility for a shelter-in-place order," de Blasio said in a serious tone. "It is a very, very difficult decision—we want to emphasize that—it is difficult anywhere in the United States of America. It is particularly difficult in a city with such a large population, so densely populated together."

The mayor said that such an order could come in the next 48 hours and that it would have to be an agreement between the city and the state.

But the governor's office said that the prospect of a shelter-in-place order isn't on the table.

"The emergency policies that have been issued are of statewide impact, and the Governor is making every effort to coordinate these policies with our surrounding states," Melissa DeRosa, secretary to Gov. Andrew Cuomo, said in a statement. "Any blanket quarantine or shelter in place policy would require State action and as the Governor has said, there is no consideration of that for any locality at this time."

De Blasio added that if and when the order to shelter in place is given, it would likely have some leeway for New Yorkers to leave home to buy groceries and pick up medications.

"We've never been here before. I have never heard of anything like this in the history of New York City," he said. "We're going to have to create it from scratch if we do it."

What does shelter in place mean?

Over the last week, New Yorkers have been told work from home, stay home, try not to leave. Businesses have closed and others have drastically altered the way they operate. And soon we may be told to shelter in place.

De Blasio also issued an executive order temporarily banning sharing for-hire rides in New York City: Uber, Lyft, and Via vehicles will be allowed to pick up only one customer per ride except for family members or couples who live together.

The number of coronavirus cases in New York City has risen to 814 as of Tuesday, the mayor said, but he expects that to surge to more than 10,000 or more as testing ramps up. He that the city's public hospitals will be able to test 5,000 people a day starting on Thursday. 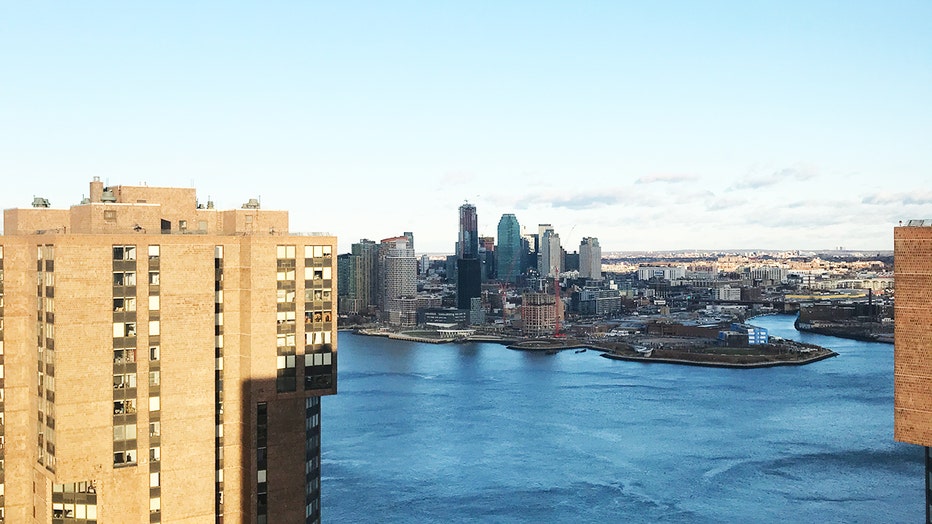