Why aren’t there more body cameras for PGPD?

New pressure in Prince George's County after a deadly police shooting revealed about 95 percent of county police officers are not wearing body cameras.

LANDOVER, Md. (FOX 5 DC) - Community activists and lawmakers are making a renewed push for a full rollout of body cameras for Prince George's County officers a week after police say an officer without a body camera shot and killed a handcuffed man.

Dr. Rashawn Ray, a Brookings Institution fellow and University of Maryland sociology professor, took part in the original county research that led to the body camera pilot program in 2015.

RELATED: Prince George's County Police only have 80 body cameras for over 1,500 officers

Ray urges county leaders to expeditiously deploy the cameras to all officers and says the recent push to expand the program is already too late.

"It is inexcusable that this has not happened five years later in one of the 30 largest police departments in the United States," said Ray.

County councilmember Deni Taveras, (D-District 2), plans on re-introducing legislation to legally require all officers to wear body cameras. She worked on the legislation last year, but it failed.

Gina Ford, spokeswoman for County Executive Angela Alsobrooks, says Alsobrooks made funding for body cameras a priority almost immediately after taking office. Alsobrooks has set aside nearly $2 million for a full rollout of the program over the last two years, but the largest chunk of the funds must be approved by the council in this year's budget before the cameras can be deployed.

Currently, only 80 of more than 1,500 officers wear body cameras.

The county has cited the cost of data storage as the main reason cameras were not handed out more widely. 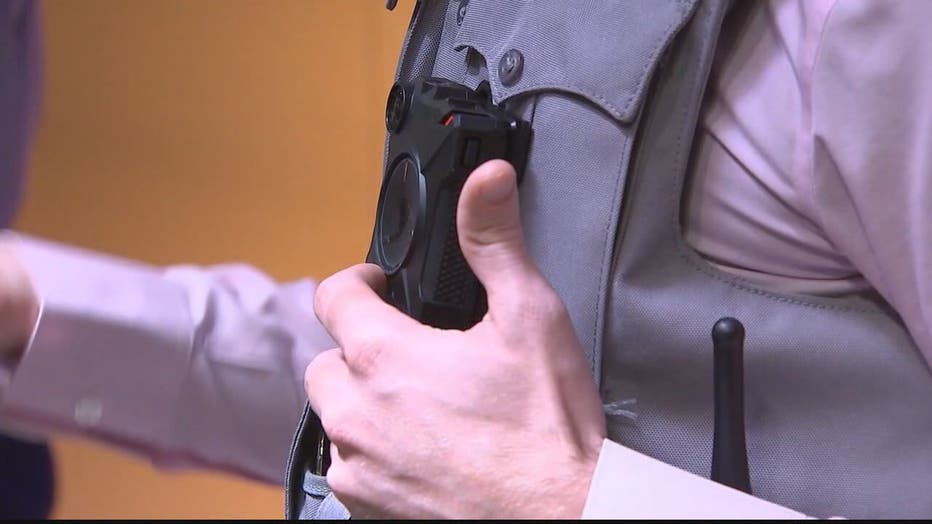 Ray says the research he did in 2015 shows that support among officers and citizens.

Nearly 66 percent said they thought the cameras would be useful and that they would help with transparency.

"Residents in this county desire it. Police officers desire it and when a lot of money has been allocated for it it’s up to our community leaders to make this happen," Ray said.

The Montgomery County and D.C. Police departments outfitted their officers with body cameras in 2015 and 2016, respectively.

Arlington County does not have body cameras, citing the cost after an initial trial.

There is no timeline for the full deployment of the program in Prince George's County.