WASHINGTON - D.C. Mayor Muriel announced that a new hospital east of the Anacostia River is scheduled to be built on the St. Elizabeths campus, which will replace United Medical Center in Southeast D.C.

The decision comes after a major site selection study was conducted earlier this year and evaluated six potential locations to construct the new facility.

"St. Elizabeths campus was chosen after an analysis of six available potential building sites within Wards 7 and 8, using ranking factors that were carefully selected by the District," Mayor Bowser said in a news release. "This report moves the District closer to its goal of finding a sustainable, efficient solution that ensures residents in every ward have access to high-quality and affordable health care options."

United Medical Center has encountered problems recently after the obstetric unit was forced to shut down for 90 days after the D.C. Department of Health suspended its license.

"The hospital is in a tough situation," the mayor said. "It has been. It was when I became mayor."

The Washington Post reported a consulting firm was brought in by the Bowser administration for $300,000 a month to get United Medical back on track. The founder of that firm donated to the campaign. However, Bowser defended the firm's work.

"They are turning things around financially - that is what the number shows," she said. "When we brought them on in an emergency basis, the hospital was going to have trouble making payroll."

Several years ago as mayor of the District, current Councilmember Vincent Gray proposed a new hospital at St. Elizabeths, but funding was held back. He said if he had his way, the hospital would be less than two years from completion.

"The date would have been 2019," said Gray. "We are in 2017 now, so we would be probably less than two years away from opening the new hospital. Now we got $300 million once again in the budget, but some of us in the out years, which means that if it stays on its current timetable, it could be 2023 before we are opening, and that is just too long."

Gray hopes that this hospital is built sooner than later and is urging the city council and Mayor Bowser to do whatever they can to move this forward quickly.

The next phase for the new proposed hospital will include a study on the engineering, design and structure of the St. Elizabeths campus. 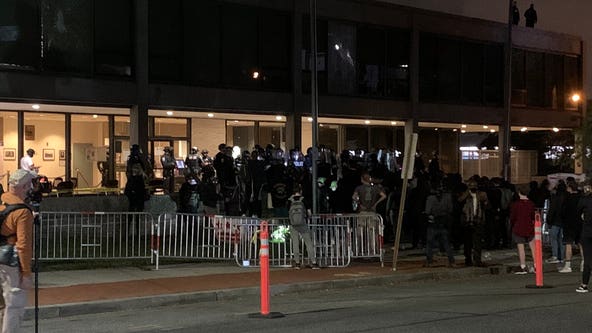