WASHINGTON - The National Zoo's newest giant panda cub is experiencing a growth spurt – adding on the pounds and the inches!

Zookeepers say the cub put on some weight this week and added some inches around the waist. His growth and development are right on track, they say. 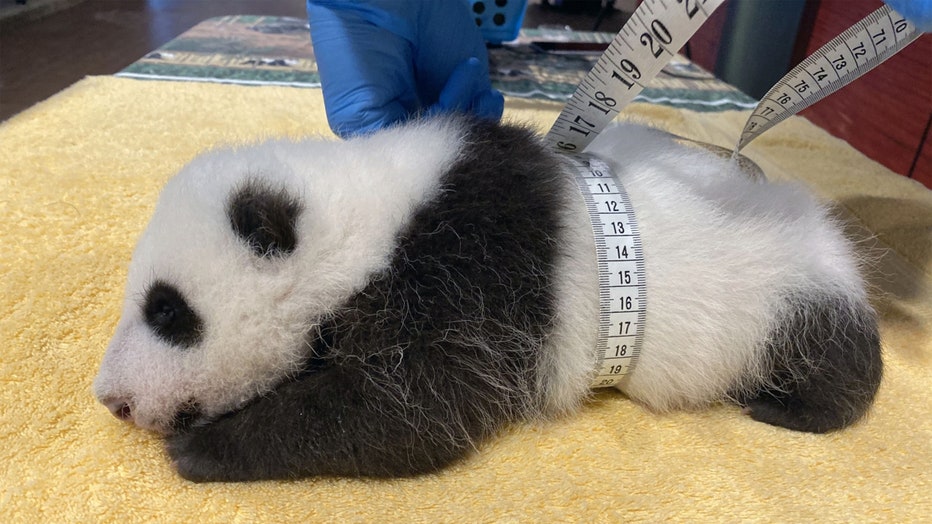 The cub of mother Mei Xiang and father Tian Tian has fully opened his eyes and should have fully open ear canals soon.

Earlier this week the Zoo revealed that the nearly two-month old cub is a male. The cub was born on Friday, August 21 to Mei Xiang who has already given birth to three cubs: Tai Shan, Bao Bao and Bei Bei.

All three cubs were moved to China at age four as part of the Zoo's cooperative breeding agreement with the China Wildlife Conservation Association.