National Night Out takes on additional significance in Montgomery County

On the 36th anniversary of National Night Out, the event took on additional significance in Montgomery County, where it came on the heels of two controversial incidents involving the police.

OLNEY, Md. (FOX 5 DC) - On the 36th anniversary of National Night Out, the event took on additional significance in Montgomery County, where it came on the heels of two controversial incidents involving the police.

“There’s a portion of our community that clearly doesn’t have the trust of the police. We understand that, and so this gives us the opportunity to work harder at that,” Montgomery County Interim Police Chief Marcus Jones said Tuesday in Olney, noting that the event is an opportunity for law enforcement and community members to come together. “We have to continue to strive to be better.”

The first incident happened in May at a White Oak McDonald’s, when an officer was caught on camera using a racial slur. The second incident occurred two months later, in July, when another officer was recorded driving his knee into the back of a handcuffed suspect’s head. That officer is now facing criminal charges.

“We want excellence of our officers in providing that service to our community,” Jones said. “So we’ve got to show that to the people who don’t trust us, and we’ve got to figure out a way to gain their trust.”

“I think that it’s even more important to have National Night Out and to continue a conversation where we have the opportunity to listen as well as to talk to people about very pivotal issues that have occurred in their communities,” he said.

Some community organizers said they believe these events are a step in the right direction.

“I think the more we can foster those one-on-one, face-to-face relationships, the better,” Alison Gillespie, the president of the Forest Estates Community Association said at a National Night Out event in Silver Spring. “I think being able to communicate face-to-face can go a long way to overcoming tension.” 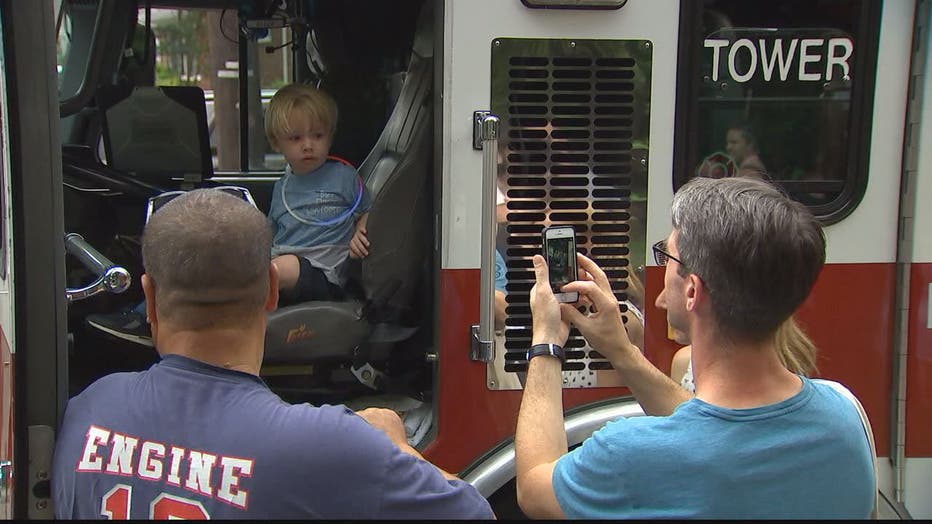