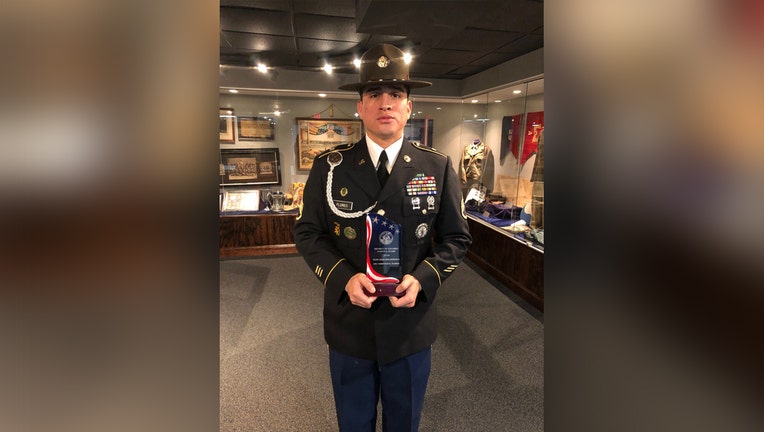 Staff Sergeant Christian Flores ran toward the sound of a gunshot when several were said to be running away. The 29-year-old told FOX 5 he is a recruiter and was in the Aspen Hill area picking up paperwork for a new recruit in December 2018, when he heard a shot fired.

National Guard officials say Flores ran to help and found a younger man shot in the leg. Flores says his military training quickly kicked-in. He applied first aid and a tourniquet. He was able to stop the bleeding and keep the shooting victim conscious.

“It was a good moment,” said Flores, who says he later visited the victim in the hospital. “He was very appreciative. When something like that happens, it’s very impactful so it’s one of those little rewards that you get in life. One of those selfless service acts. We ended up being close without even knowing it, being in the same school – in high school. So, it was a very unique experience.”

Flores tells FOX 5 he was born and raised in Silver Spring.

Several honors were awarded Sunday at the DC National Guard’s 2019 Awards and Decorations Ceremony. The event highlights work done by members of the Capital Guardians, the group tasked with protecting the President and nation’s capital.

DC National Guard Commanding General Major General William J. Walker thanked both the honorees and their families for their service and sacrifice. General Major Walker quoted “Coach Lombardi” saying, “We will find excellence to the route of perfection.”