Rocket Lab debut launch from NASA's Wallops Island, Virginia Facility. This is the moment in which the The first launch of an Electron rocket out of the USA, HawkEye 360. Courtesy Rocket Lab's YouTube Stream.

WALLOPS ISLAND, Va. - - NASA officials say the launch of a rocket from the Wallops Flight Facility in Virginia is scheduled for Tuesday night.

"The latest forecast from our weather office is reporting a 90% chance of favorable weather conditions for  @RocketLab 's first Electron launch from Wallops scheduled for Tuesday, Jan. 24, with no concerns during our 6-8 p.m. EST launch window," NASA officials said in a tweet.

NASA officials say the launch of a rocket from the Wallops Flight Facility in Virginia is scheduled for Tuesday night.

The launch was originally scheduled for Monday night but was canceled due to weather.

The launch will be the first of an Electron rocket to be launched out of the United States. 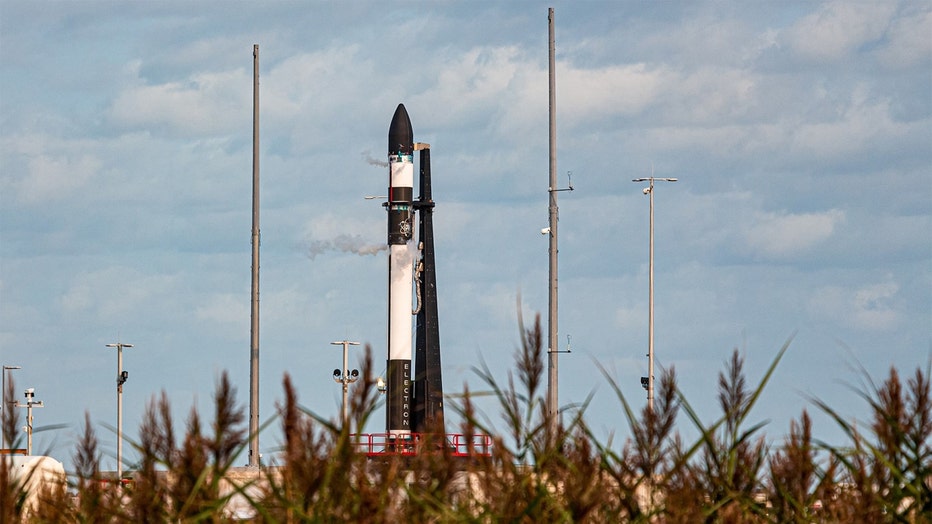 Electron is a rocket type made by New Zealand-based Rocket Lab.

Most of the D.C region will be able to see the rocket 60 to 90 seconds after launch.

The launch can be livestreamed below or on RocketLab's website.