Montgomery County Public Schools may be the first in the state to offer an LGBTQ history course for high school students.

The school district says the course would start as a pilot, possibly as soon as 2021, and could expand to all high schools.

The LGBTQ studies and history course would be an elective class and a mixture of students, school officials and parents are working on developing curriculum.

The pilot expands on guidance from the Maryland State Department of Education which requires schools to teach LGBTQ and disability rights in social studies classes.

Mark Eckstein, who is on the LGBTQ subcommittee of the Montgomery County Council of PTAs, says research shows LGBTQ-identified students face kinder school environments when they are reflected in curriculum.

"When you leave marginalized groups out data shows that there’s a much larger chance that those students will be bullied and teased and harassed," said Eckstein. 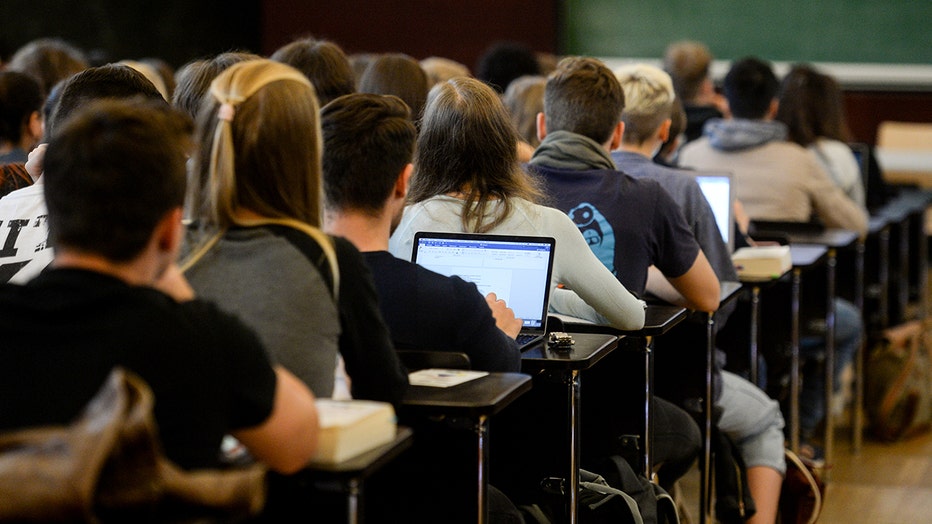 FILE - students sit in a lecture hall during a lecture. (Photo by Patrick Seeger/picture alliance via Getty Images)

Bethesda-Chevy Chase High School junior Ella Travelyan is one of the students involved in the pilot process.

State education leaders announced that effort in August, but it's unclear where it stands.

In some states, those initiatives have been slow because of opposition from conservative and religious parent groups who argue that topics related to gender and sexuality should not be taught in public classrooms.