Police have identified the victims of a devastating crash in Gaithersburg that killed two people.

GAITHERSBURG, Md. - Montgomery County police have released the identities of two victims who were killed in a crash in Gaithersburg Wednesday evening.

Police say Stephanie Angelica Vasquez, 25, of Plyers Mill Road in Kensington and her passenger, Jonathan Charkas, 35, of Garden View Way in Rockville, were killed when Vasquez's brand new Toyota Supra crashed into a late-model Honda Accord at the intersection of Muddy Branch and West Deer Park roads around 6:37 p.m.

Two people are dead following a serious crash in Gaithersburg on Wednesday.&nbsp;

Three unoccupied vehicles parked on Water Street were also damaged as a result of this collision. 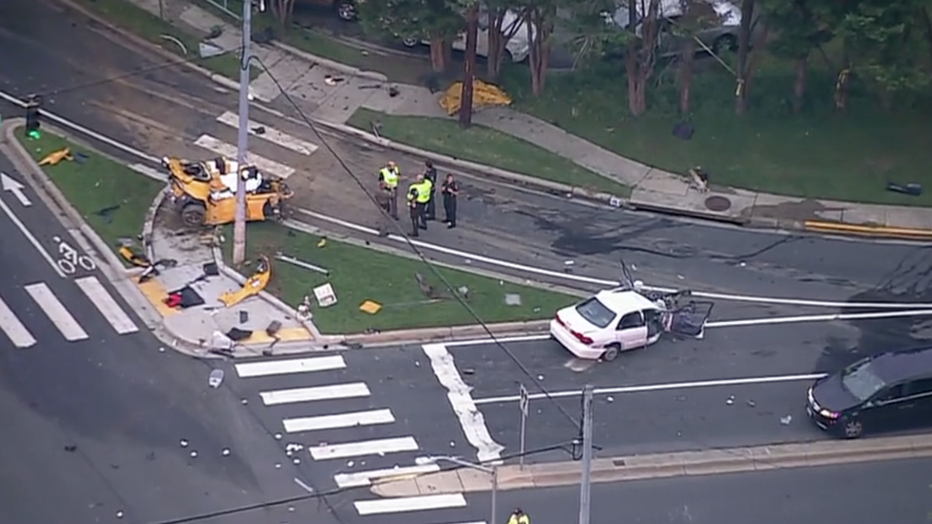 Police believe the Toyota Supra may have been speeding at the time of the crash.