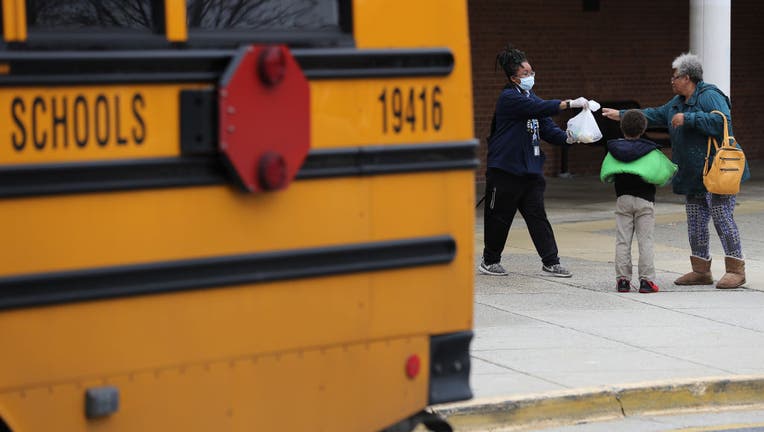 The announcement was made at a “Defund The Police” demonstration Saturday in Wheaton and hosted by multiple activist groups including one called “Young People for Progress.”

The group celebrated Councilmembers Will Jawando and Hans Reimer online after the announcement was made.

“I think we need to move this before kids get back to school and so the legislative process takes some time and I think that’s why we need to introduce the bill now,” Councilmember Jawando said in a Sunday Zoom interview with FOX 5.

The councilmembers say they are working to “fine tune” the bill now and expects it will be completed in the next week or two.

Jawando also said the plan is to introduce the bill before Thanksgiving.

RELATED: What 'defunding the police' means

Jawando claims police would still respond to serious incidents at schools, but he wants to divert the money used for the Montgomery County School Resource Officers program to other resources, including more school nurses and mental health professionals.

He also claims there would be more trained security guards at the schools.

In July, the council member submitted a letter to the County’s Public Safety Committee requesting the SRO program be eliminated.

His argument then and now is that roughly half of the county’s SRO arrests from 2016-2020 were Black children, when Black children only make-up about 22% of the student population.

Councilmember Jawando also raised a motion this summer that would have eliminated 12 of 23 county’s SRO positions. This effort failed in a 5-4 vote.

“We’re spending $3 million a year to put police officers in schools and [that is] leading to disproportionate harm to our students of color. And we have one of the worst nurse-to-student ratios in the region," Jawando said. "So for me, this a budgetary decision, it’s a policy decision. It’s not about an individual interaction with an SRO that helped a student. Of course that has happened, but that’s not what this is about."

The Montgomery County Board of Education passed a resolution this summer allowing the schools Superintendent to review and provide recommendations to the program. Those recommendations are expected by January.

We reached out to other county leaders about this announcement.

Councilmember Craig Rice, who chairs the council’s Education & Culture Committee, told FOX 5 in a response, “We have already taken this up earlier this year during budget and said that we will only take up legislation once the school system weighs in on what they want to do regarding SROs.”

Rice added that “no bill” will be taken up by the committee until the “school system indicants what they want to do,” which is expected to happen around December or January.