A 5-year-old boy allegedly left school all by himself without his parents having any idea. That’s why his worried mother contacted FOX 5 to bring awareness and ensure this doesn’t happen to any other student. FOX 5's Sierra Fox shares what other KIPP-DC Webb families are saying about the situation.

WASHINGTON - A 5-year-old left school by himself from KIPP DC's Webb Campus Tuesday afternoon, and now the family is demanding answers.

The kindergartner's mom said her son left school alone at about 3:30 p.m. during dismissal and no one noticed. His mom said it's usually his dad who picks him up from school around 4 p.m. Mom insists the school knows that's a standard procedure and in the past, the school notifies teachers when a child's approved pick-up person has arrived.  And then the child walks out to that guardian.

On Tuesday, her son said that his teacher told him he could just leave.

"This is very devastating. The school failed me," said Lakia, the 5-year-old's mom. "Both of my kids go to KIPP. They've never been to another school. This is the only school and I trusted this school with my kids. Something could have happened to my child." 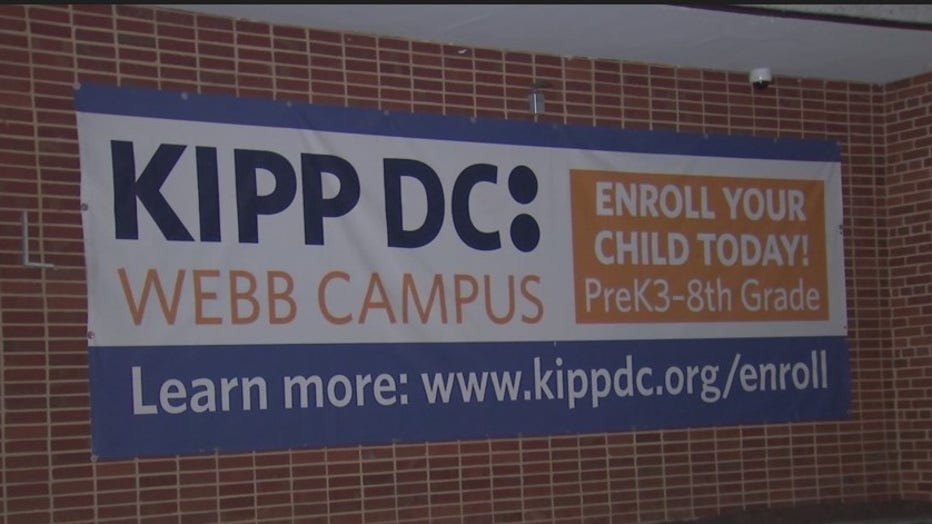 The 5-year-old was found on his grandfather's front porch by a neighbor. His mom said that no one called to notify her something was wrong.

The kindergartner left during afternoon dismissal and no one noticed.

She found out when the child's grandfather arrived at the school and was told the boy had been released to someone else.

In a statement, KIPP DC said, "The safety of our students is our top priority and we've already begun an investigation into this incident and will be taking the appropriate actions."