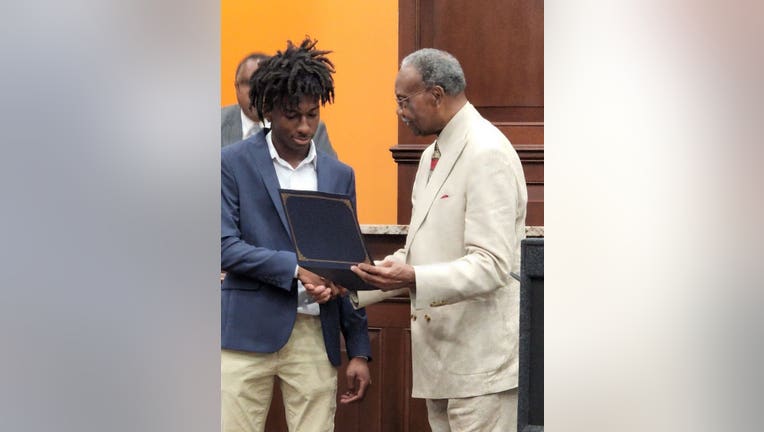 Corion Evans, 16, was honored Tuesday with a Certificates of Commendation from Moss Point Mayor Billy Knight after he helped save three teen girls and a police officer from drowning in the Pascagoula River over the weekend. (Moss Point Police Departm

A Mississippi teen received a commendation Tuesday night for his heroic efforts in helping to save three teenage girls who crashed into a river and a responding police officer from drowning over the weekend.

Corion Evans, 16, jumped into the Pascagoula River in Moss Point around 2:30 a.m. Sunday after he witnessed a car drive off the I-10 boat launch, the Moss Point Police Department said in a press release Wednesday.

The teen driver of the vehicle told police that she was following her GPS and didn’t realize she was heading toward the water. After crashing into the river, the vehicle floated about 20 feet and began to sink. The three teen girls escaped to the roof of the sinking vehicle.

Evans was already in the water helping when Officer Garry Mercer arrived at the scene and swam to the vehicle, according to police.

Mercer said he was helping one of the victims to shore when she began to panic and caused him to go under and swallow some water. Evans helped safely bring Mercer the teen victim to shore.

"We commend Mr. Evans’ bravery and selflessness he displayed by risking his own safety to help people in danger," said Moss Point Chief of Police Brandon Ashley. "If Mr. Evans had not assisted, the situation could have turned out differently, instead of all occupants being rescued safely."

Ashley said all the parties involved are doing well. 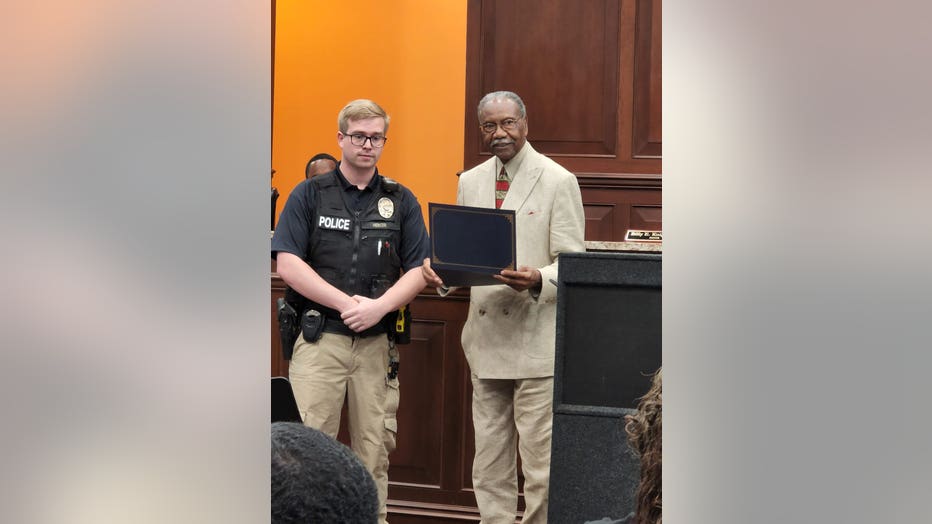 On Tuesday night, Mayor Billy Knight and the town’s Board of Alderman presented both Evans and Mercer with Certificates of Commendation.

"We are proud of the young man for having the courage to forget about himself and jump into the water," Mayor Billy Knight told The Associated Press. "It's not often enough that you see people put others above themselves."