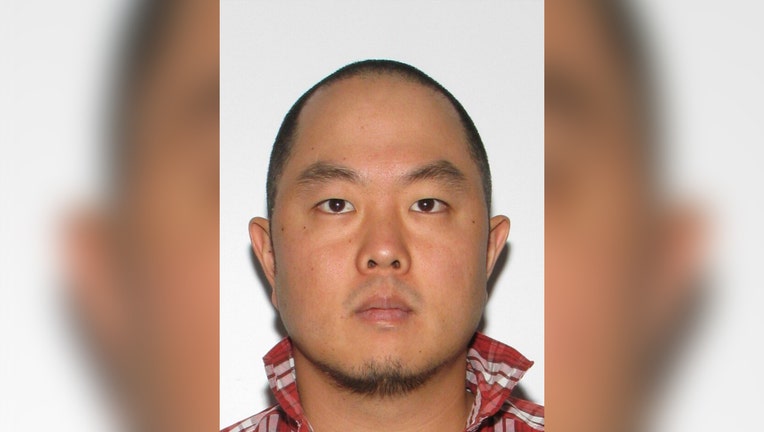 Simon Chang of Ashburn was found dead in a motorcycle crash Friday, about a week after being reported missing on Aug. 16.

FAIRFAX, Va. - Fairfax police say they found a man found dead in a motorcycle crash about a week after he was reported missing.

A groundskeeper found 39-year-old Simon Chang of Ashburn dead in the crash around 1:56 p.m. Friday in the 4900 block of Alliance Drive before alerting police.

Detectives believe Chang was riding a motorcycle from Lee Highway to northbound Fairfax County Parkway when the motorcycle ran off the right shoulder of the ramp and came to rest in a wooded area adjacent to a runoff pond. Detectives believe it was a single-vehicle crash.

Chang was found dead a week after he was reported missing Aug. 16.