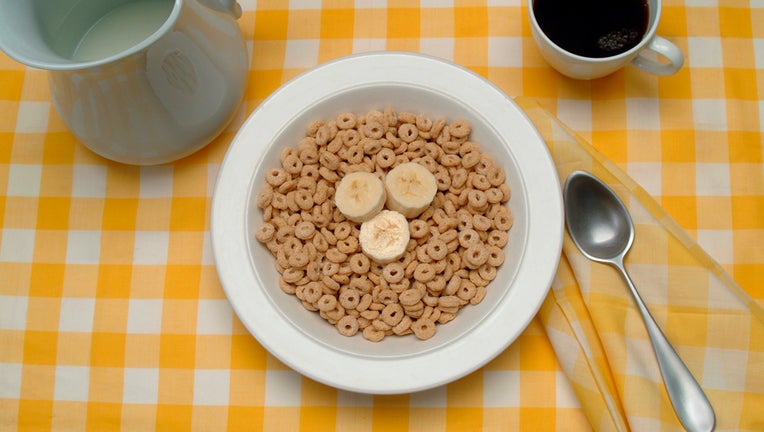 View of a table setting with a bowl of breakfast cereal (and banana slices), a cup of coffee, and a pitcher of milk, mid to late twentieth century. (Tom Kelley/Getty Images)

DAVISON, Mich. - A Michigan man has been charged with murder after investigators concluded he spiked his wife's bowl of cereal with heroin.

The medical examiner initially classified Christina Ann-Thompson Harris' 2014 death as an accidental overdose. But investigators now believe Jason Harris poisoned her at their home in Davison, 60 miles north of Detroit.

Prosecutor David Leyton says the 36-year-old victim was an "incredibly loving mother." Friends were shocked to hear about an overdose and said she never used drugs.

Leyton says Jason Harris' siblings told police that he had talked about "getting rid" of his wife. Co-workers told investigators that Harris had been looking for a hitman.

Harris appeared in court Tuesday and was denied bond. It wasn't immediately known if he has a lawyer who can comment.