Metro Transit Police (MTPD) say officers responded to reports of gunfire hitting a Metrobus around 1:00 p.m. in the 4000 block of Southern Avenue, near Pennsylvania Avenue in Southeast, D.C.

Once on scene, police learned that the M6 bus was shot by someone in a private vehicle. They did not indicate how many people are believed to have been in that vehicle.

Police said the shooting seems to be an "apparent road rage incident," but they did not go into details about what sparked the road rage.

The front and rear of the bus was hit by the gunfire, but fortunately no injuries were reported as a result of the incident.

Police say five people, including the driver, were on the bus at the time of the incident.

Police released the following lookout for a person and suspect vehicle related to the shooting: 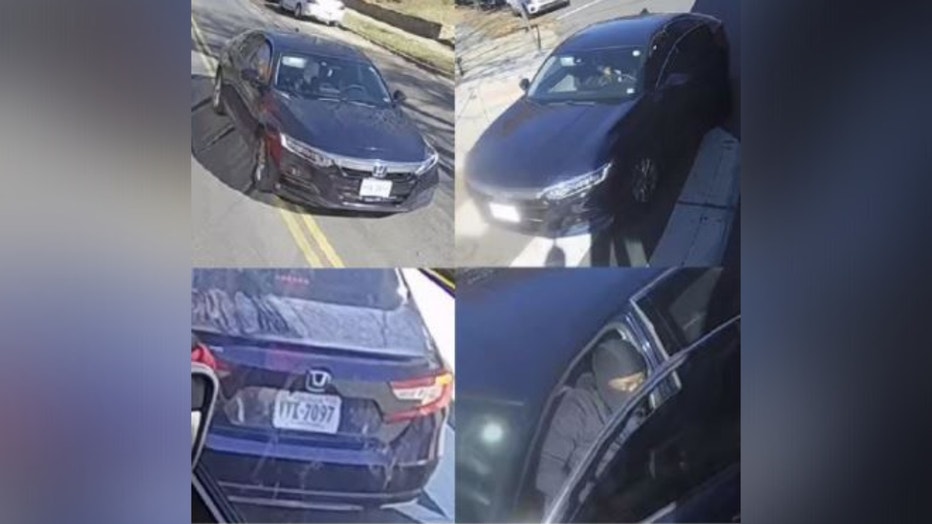 The Metropolitan and Prince George's County police departments will be assisting MTPD with the search for suspects.

The investigation into the incident remains ongoing.

A reward of up to $1,000 is being offered for information that leads to an arrest and/or indictment in the case.

This is the second incident in the last 24 hours in D.C. being investigated as a possible act of road rage.

In the previous incident, which happened on Friday night, a woman was shot in a southbound tunnel of 395, near the 600 block of E Street by a passing car.