Metrorail has closed 11 stations as security measures grow in the nation’s capital ahead of the Jan. 20 inauguration.

WASHINGTON (FOX 5 DC) - Metrorail has closed 11 stations as security measures grow in the nation’s capital ahead of Inauguration Day.

The transportation agency also announced Friday that Metro is advising customers that bus and rail service will be temporarily suspended to the Pentagon on January 20.

EVERYTHING YOU NEED TO KNOW ABOUT INAUGURATION DAY IN DC

Blue and Yellow Line trains will continue to operate but will pass through the station without stopping, according to Metro.

The Pentagon Transit Center, which is served by six Metrobus lines, will also be closed. Buses will be relocated instead to Pentagon City for the day.

Meanwhile, beginning Friday through Thursday, January 21, trains will pass through the following stations without stopping: 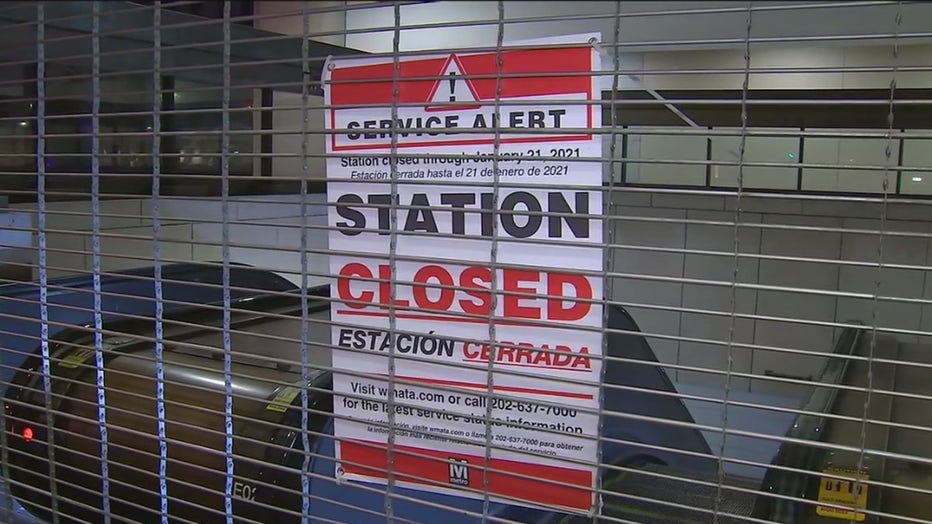 Beginning Saturday, January 16, through Thursday, January 21, Metro Center and Gallery Place stations will close and trains will pass through the stations without stopping.