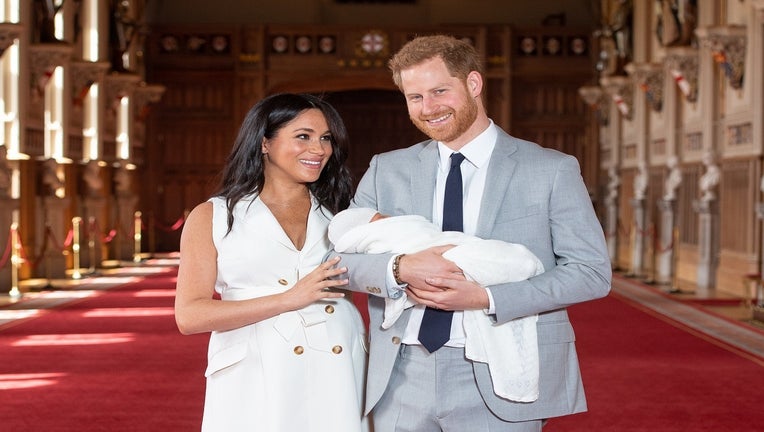 FOX NEWS - Meghan Markle has been branded "extravagant" by a royal expert.

The Duchess of Sussex has shocked the British public, according to the biographer, who have "balked" at her spending -- which in 2018 was estimated to be $514,000, with a $379,000 baby shower and $3.8 million home renovation already being shelled out this year.

Speaking to The Conservative Woman, author Angela Levin, said that her expensive lifestyle has "not gone down well" with taxpayers.

"I think Meghan on occasion has been extravagant, which has not gone down well," she claimed.

"The Queen is known to be frugal and some members of the British public have balked at a proportion of their tax going towards what they consider to be frivolity."

The expert pointed to the $71,000 dress the Duchess, 37, wore for her engagement photos with Prince Harry.

Levin also called the cost of her baby shower -- estimated to be $379,000 -- an "excessive amount whoever offered to pay for it, especially for someone who calls herself a humanitarian."

She added: "It is, so I have been told, one of many reasons why all Harry and Meghan's staff and offices are in the process of moving to Buckingham Palace, where even their newly hired PR director, Sara Latham, will be expected to report to the Queen's Communications Secretary."

She revealed she hopes the Duchess will become "less show business and more royal" as time goes on.

Earlier this year, it was revealed that Meghan and Harry had spent £3m on renovating Frogmore Cottage in Windsor ready for the arrival of their baby son Archie.

They also have a $3.17 million Cotswold farmhouse which they use as a country retreat.

However, earlier this week it was revealed the new parents are having more work done on the property.

They have submitted plans including alterations to doors, windows and walls and are looking to install lighting in the garden and carry out landscaping in the large grounds.

Earlier this week, we told you how Priyanka Chopra has ended her rumored "feud" with Meghan Markle by visiting baby Archie and gifting him with Tiffany jewels.

We also revealed how a PR guru has claimed the Duchess of Sussex is "too good" for the Royal Family and has "never put a foot wrong".

And Donald Trump has claimed the mum-of-one was "nasty" about him but says it's great to have an American princess.

This article originally appeared on The Sun.