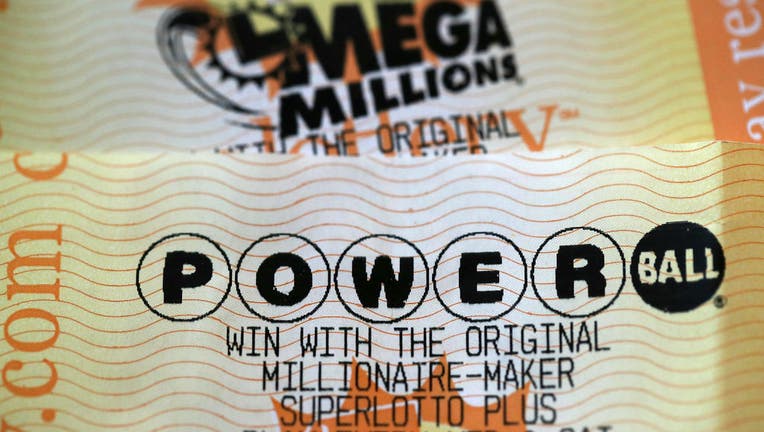 NEW YORK - After a long stretch of relatively paltry prizes, U.S. lottery players now have a choice of games that offer combined jackpots of more than $1 billion.

The jackpot for Mega Millions' Tuesday night drawing has climbed to $615 million, and the top prize in the Powerball game reached $550 million ahead of Wednesday's drawing.

It has been nearly two years since the two national lottery games offered such giant prizes and only the second time both jackpots have topped $500 million.

The projected Mega Millions grand prize is the eighth largest in U.S. history, and the Powerball jackpot is the 12th biggest. Both still pale in comparison to the largest prize, a $1.58 billion Powerball jackpot won by three players in 2016.

Carole Gentry, a spokeswoman for Maryland Lottery and Gaming, said Monday that the prizes are giant now mainly because it's been months since anyone won either jackpot. But Gentry also speculated that more people were buying tickets because "it's something fun to focus on in the new year," causing prizes to rise more quickly.

As fun as it can be to play the games, people should realize their chance of winning the big prizes are incredibly small. The odds of winning the Powerball jackpot are one in 292.2 million, and the chances are even worse for Mega Millions at one in 302.5 million.

The jackpots promoted by lotteries also refer to winners who take an annuity option, in which prizes are paid out over 30 years. Nearly all winners actually opt for the cash option, which for Mega Millions would now be an estimated $451.8 million and for Powerball is $411.4 million.

Mega Millions and Powerball are both played in 45 states as well as Washington, D.C., and the U.S. Virgin Islands. Powerball also is offered in Puerto Rico.