The outages affected the power at Metro stations as well as the White House and the U.S. Capitol building.

The White House said terrorism is not suspected, but it still created a chaotic situation in Maryland and D.C.

The streets of D.C. were a little more crowded Tuesday afternoon as waves of federal workers and tourists came pouring out of federal buildings and museums after power went out.

"Everybody in our office was actually working and as I'm sitting there at my desk, I see the power blink," said federal worker Helen Webster Bailey. "The next thing I know, the power just goes [off]."

That sent the Secret Service into high alert, closing down parts of Pennsylvania Avenue and other surrounding streets. Some downtown traffic lights were out as well.

The U.S. Postal Service was hosting a dedication ceremony for the new "Forever" stamp honoring Maya Angelou. Oprah Winfrey was in the middle of a speech when the power went out.

Officials say the cause of the problem, a Pepco transmission conductor at Southern Maryland Electric Cooperative's (SMECO) switching station in Charles County in Maryland broke free and fell to the ground. It affected both SMECO and Pepco customers and had a ripple effect throughout the region.

A Metro spokesperson said 14 of the 91 public transit stations were affected. While trains continued to move, escalators at the Bethesda Metro station stopped working causing the station to close for about four hours on Tuesday.

Within two hours, the wait was over and most of the power was back on in downtown D.C.

Power also went out to the University of Maryland in College Park, which closed at 2 p.m. because of the outage.

Officials say at 28,000 customers were affected by this outage at one point, but all power has been restored.

Power has been restored at the University of Maryland. Steam and hot water will be restored later this evening.

A Pepco transmission conductor located at the Southern Maryland Electric Cooperative's (SMECO) switching station in Charles County broke free from its support structure and fell to the ground, according to SMECO. This resulted in interruptions in supply to some SMECO and Pepco customers starting at around 1 p.m. SMECO says it restored service to all of its customers as of 2 p.m. 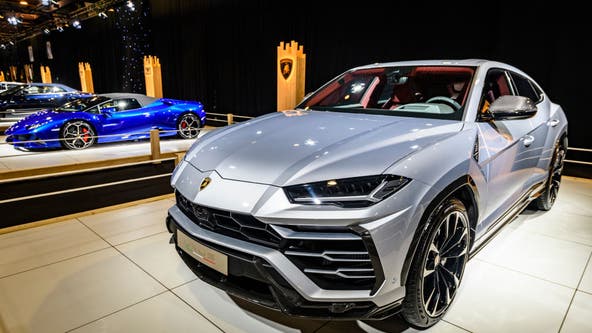