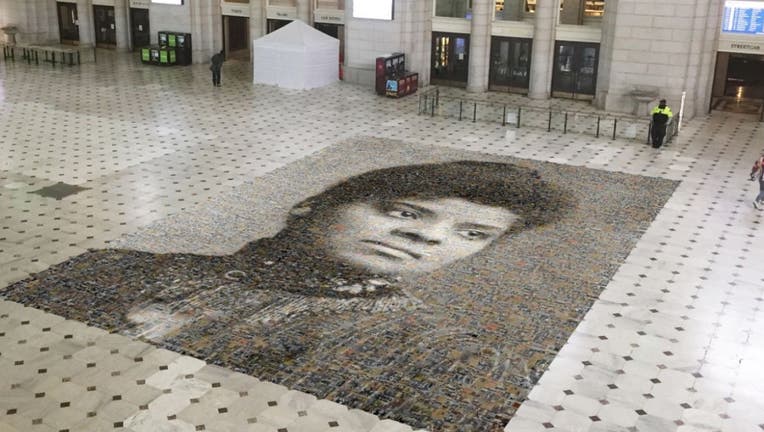 The 1,000 square-foot mosaic, titled Our Story: Portraits of Change, is comprised of thousands of historical photos of suffragists that as a whole make a portrait of Wells.

Each image tells its own story about the fight for women's right to vote.

"We are so proud to highlight and honor Ida B. Wells as the main subject of the Our Story photo mosaic," said Executive Producer of Purpose Entertainment. "Her story as a suffragist, civil rights activist and investigative journalist is as relevant today as it was 100 years ago."

The mosaic will be on display on the marble floor of Union Station from August 24-28.

An interactive online version of the mosaic is also available for visitors to zoom in on photos and learn more about the suffragists depicted.