Lawmakers in Maryland are preparing for the legalization of recreational marijuana and the massive sales boom expected from sales, as a new study points out that Marylanders consume more marijuana than other Americans.

MARYLAND - Lawmakers in Maryland are preparing for the legalization of recreational marijuana, and the massive sales boom expected from marijuana sales.

According to a new article from the Washington Post, the market for weed in Maryland is expected to be massive. The article cites a study done by Cannabis Public Policy Consulting.

The study found that 1 in 3 Maryland adults use cannabis at least once a month, and 1 in 5 use it either daily or almost daily.

In fact, Marylanders in total, consume more marijuana than the national average. Nationally, the average person consumes 20.2 grams of marijuana a month, but in Maryland that number is 25.4 grams.

How much marijuana do Marylanders consume?

Marijuana will be legal in Maryland come July 1st and a new study is showing just how much marijuana Marylanders consume. Michael Sofis, the director of research at Cannabis Public Policy Consulting which conducted this story.

"It is a lot, and it's more than most states, I will say. It's more than even some states that already have adult use cannabis laws. But that's a good thing, at least for adult use legalization," Michael Sofis, the director of research at Cannabis Public Policy Consulting, tells FOX 5.

The study expects that in the first year of legalization, Maryland consumers will buy 824 million grams of cannabis across all sources - including homegrown, medical and illicit sales, meaning Maryland could see over $11.5 billion in sales.

On Thursday, the Maryland General Assembly began setting up the framework for marijuana legalization and retail sales.

During this time, lawmakers will need to decide who will be issued licenses to grow and sell marijuana, and how sales taxes will be distributed. 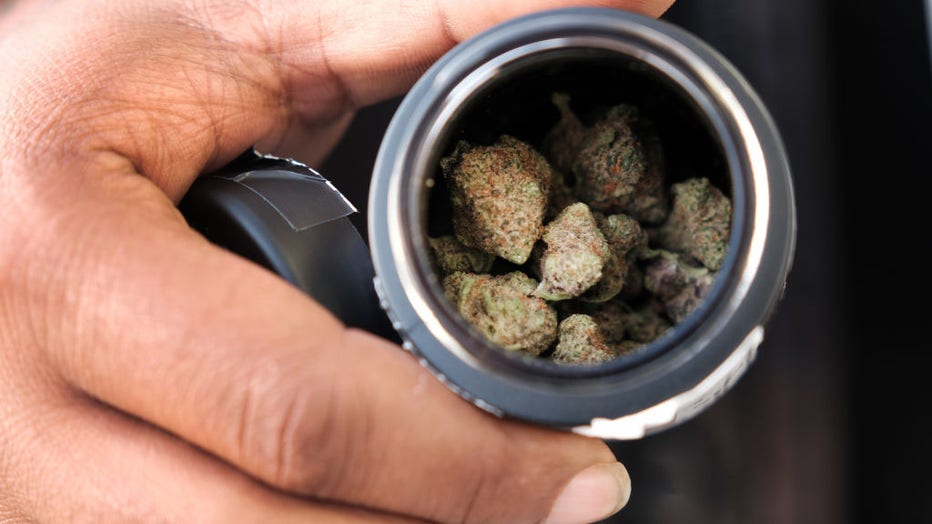 FILE - An individual purchases cannabis at a dispensary on the morning that cannabis sales became legal in New Jersey on April 21, 2022, in Paterson, New Jersey. (Photo by Spencer Platt/Getty Images)