DULLES, Va. - A Maryland woman detained in her native Gambia for almost a year finally returned home to the United States Thursday night.

Fanta Jawara, a naturalized U.S. citizen from Frederick, left for Gambia to visit family last April. Her family said during her visit, she was jailed after getting caught up with a group of political protesters she had no connection with.

She was initially sentenced with 17 other people to three years in prison on several charges that included unlawful assembly, incitement to violence and conspiracy.

Jawara's husband, Ebrima, said a change in leadership in Gambia helped get his wife's charges dropped and she was eventually released.

After her long journey, Fanta Jawara finally reunited with her husband and their two children at Dulles International Airport. She also greeted and hugged several other family members and friends.

"I'm so glad to be home reunited with my family," she said. "I love this. Thank you to people around the world for supporting me. I'm very glad to be home."

"I'm so glad my kids are holding her," said Ebrima Jawara.

The Maryland woman said sleeping, taking a hot shower and spending quality time with her children will be the first things she will do when she arrives home in Frederick.

"This has been a very, very difficult period for us," said Fanta's father, Momodou Darboe. "She left to go home for a family reunion which was supposed to take just six weeks. It turned out to be almost a year. We give our thanks to the media for keeping this story alive. The U.S. government, the State Department -- our gratitude to the government. We appreciate our host country, we love this country and we hope that everybody who is living in the United States doesn't take these things for granted.

"She was in a Third World country exercising her Constitutional right and she was put in jail. Not only a jail, but it was almost a dungeon. It was a traumatic period emotionally and physically for her. So we thank God and we thank everybody who supported us and that she is back home."

"Fanta's return home to Maryland today closes a difficult, almost year-long ordeal for her family. We are relieved Ms. Jawara is reunited with her husband and daughters and that she can get back to her life in Frederick. We are honored to represent her in the Congress and will continue to be advocates for the rights and privileges of our constituents and all Americans abroad.

"More broadly, we congratulate leaders in West Africa for their commitment to ensuring that there was a peaceful transfer of power that reflected the will of the Gambian people in last year's election. We applaud President Adama Barrow's stated intent to undertake key constitutional and legal reforms to enforce constitutional provisions in place to protect the fundamental rights of citizens in The Gambia." 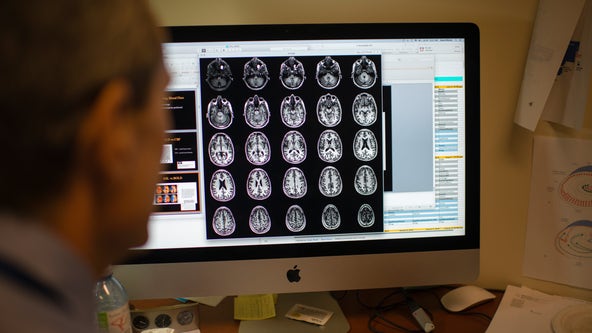