ROCKVILLE, Md. - Charges are pending against a suspected impaired driver after two state troopers sitting in their patrol vehicles were struck Thursday in Rockville.

The driver has been identified as Kevin Junghans, 59, of Frederick City, Md. Investigators of the crash believe drug impairment was a contributing circumstance in this crash.

Maryland State Police said the call came in at 6:10 p.m. for a crash that took place on I-270 near Montrose Road. 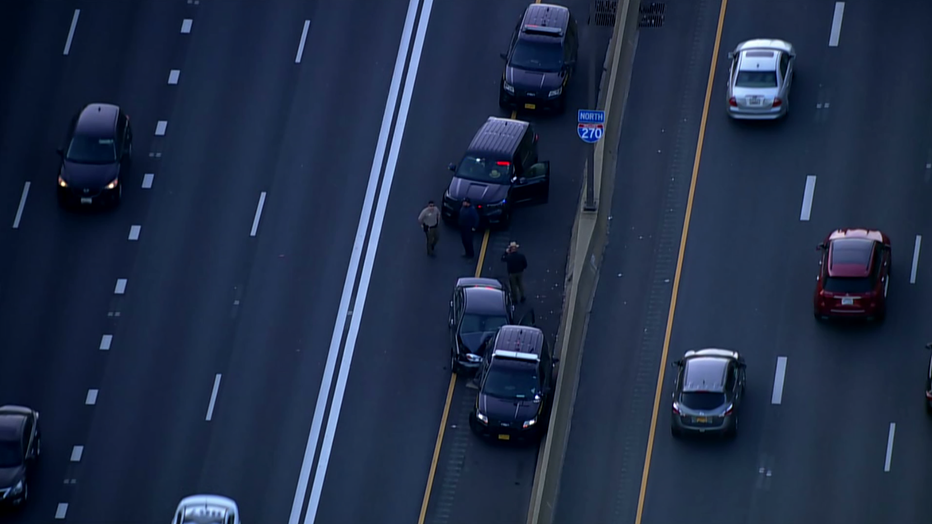 The troopers were transported by ambulance to Suburban Hospital for treatment of their injuries and later released.

With their emergency lights activated, the troopers parked their vehicles on the left shoulder, awaiting the suspected impaired driver. Moments later, both patrol cars were struck by the same suspected impaired driver operating a 2010 Chevy Impala traveling on southbound on I-270. The troopers were each seated in their respective vehicles at the time of the incident.