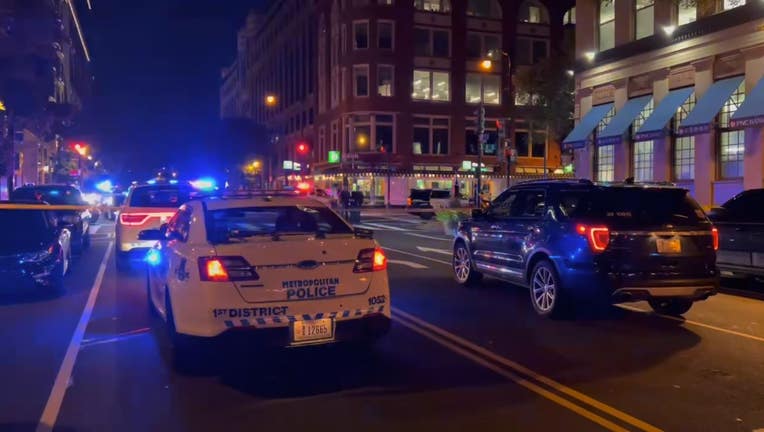 WASHINGTON - Police are investigating a shooting that killed a man from Maryland on Thursday night in Northwest, D.C.

Metropolitan Police Department officials say the shooting happened around 8:16 p.m. in the 800 block of 7th Street, Northwest, near the entrance for the Gallery Place-Chinatown Metro station.

Officers responded to that scene and found a man who had been shot. The victim was taken to an area hospital and later pronounced dead.

Investigators have not said what led up to shooting, and they have not identified any suspects in the case.