Early voting is now underway in Maryland, and when people go to cast their ballots, they may notice a new type of poll worker they’ve never seen before.

CHEVY CHASE, Md. (FOX 5 DC) - Early voting is now underway in Maryland, and when people go to cast their ballots, they may notice a new type of poll worker they’ve never seen before.

They’re called Health Ambassadors, and they’re being rolled out in response to the pandemic.

“They do not participate in the electoral process themselves, it’s really about the public health part of this,” explained Dr. Clifford Mitchell, director of the Environmental Health Bureau at the Maryland Department of Health. 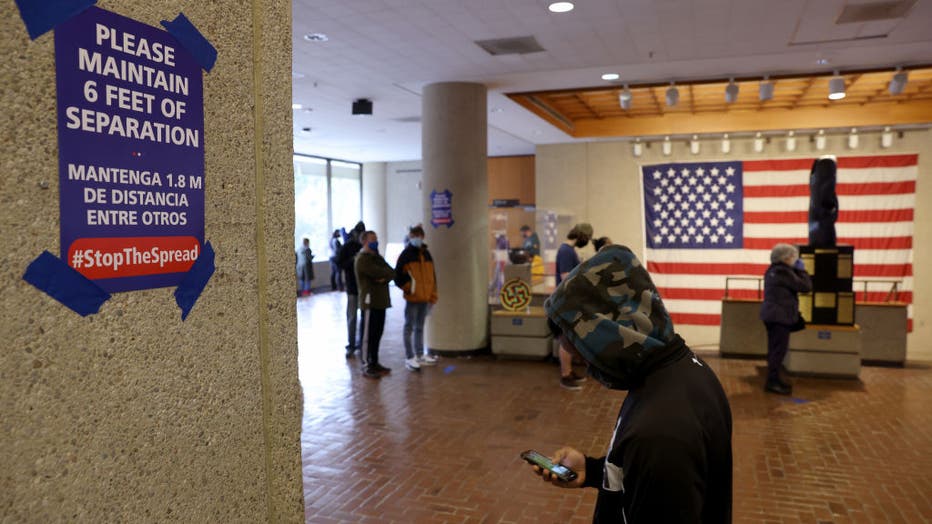 People wait in line to vote at the Montgomery County Executive Office Building on October 26, 2020 in Rockville, Maryland. Today marks the first day of early in-person voting in the state of Maryland. (Photo by Win McNamee/Getty Images)

The Ambassadors will be focused on things like reinforcing public guidance for maintaining social distance and wearing face coverings, providing guidance on how to properly wear face coverings, and distributing masks and hand sanitizer – and they’re not just random volunteers.

Mitchell explained that they’re members of the Maryland Responds Medical Reserve Corps, which is a group of doctors, nurses, students, and other medical professionals who typically respond to large-scale events like natural disasters. 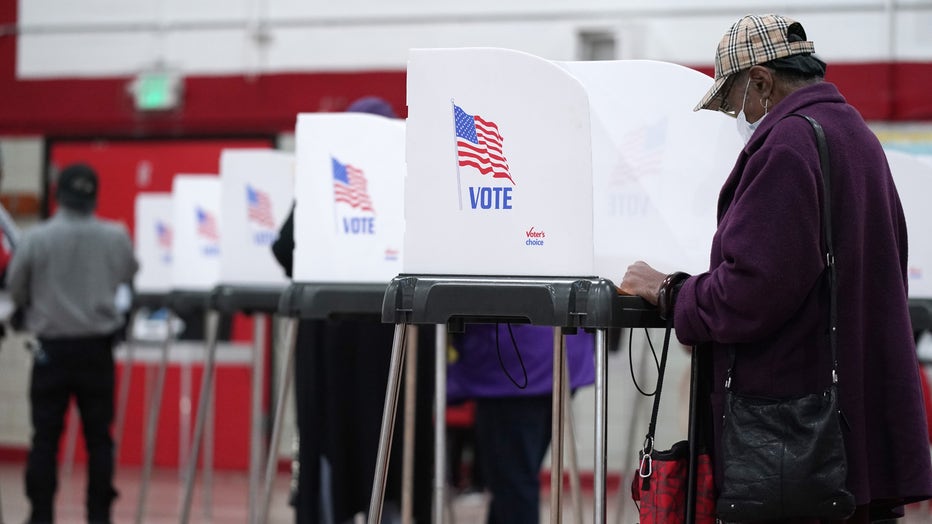 Residents of Baltimore City cast votes as early voting begins in the state of Maryland at Edmondson High School on October 26, 2020 in Baltimore, Maryland. (Photo by J. Countess/Getty Images)

“This is the first time it’s been used to my knowledge for voting,” Mitchell said, adding that the volunteers are only being sent out when local boards of election request the help. “This is part of the effort on the part of the state to ensure that people feel comfortable and can be as protected as possible when they go to vote.”

Mitchell said other states are also rolling out similar programs right now, including in Virginia.