Crossing guard saves student from being hit by car

The heroic rescue, caught on camera, shows Corporal Annette Goodyear from the North East Police Department risk her life for a student crossing the street.

The close call was caught on camera and shows Goodyear pushing a young girl out of harm's way, and sacrificing her own body as she's struck by a car speeding through the crosswalk. 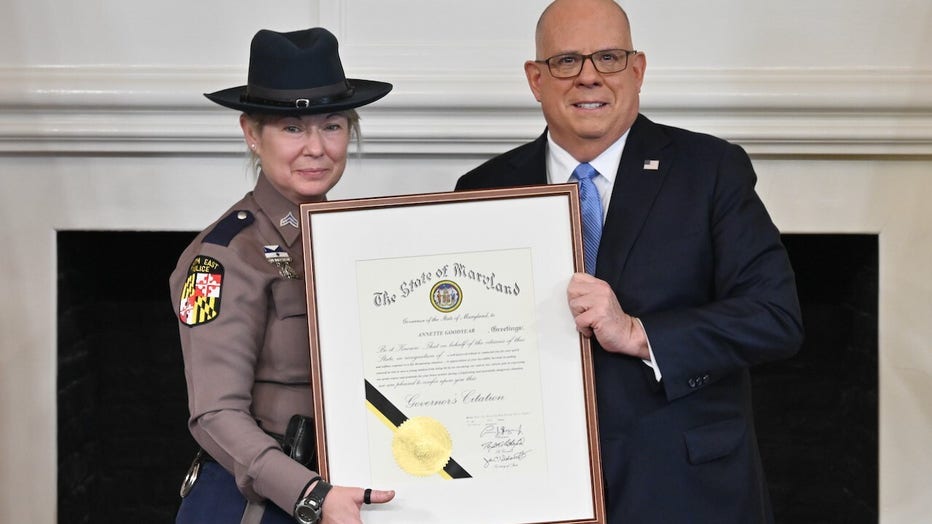 "I will be awarding a governor’s citation to Annette Goodyear for her incredible heroism in putting herself at risk to save a young student from being hit by an oncoming car," Gov. Hogan tweeted on Monday. 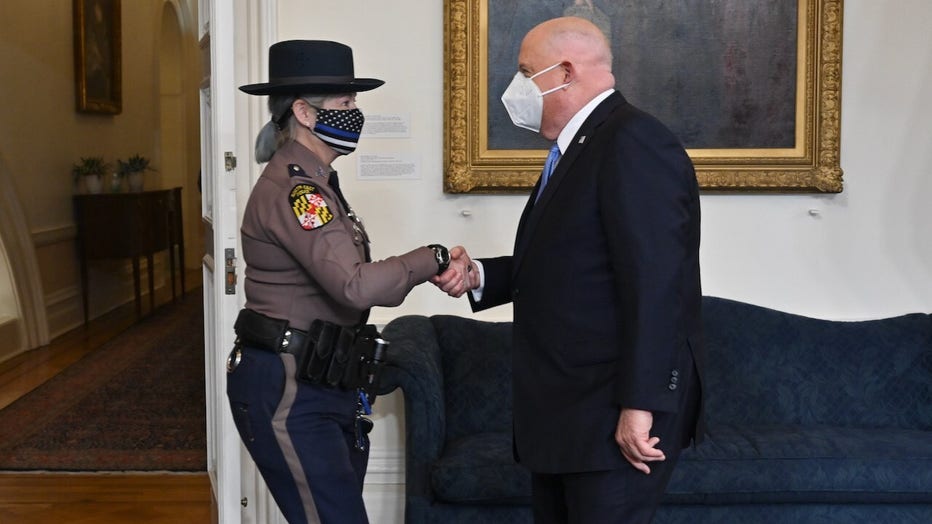 Goodyear says she wants to thank everyone in the community for their support. She's currently at home resting.