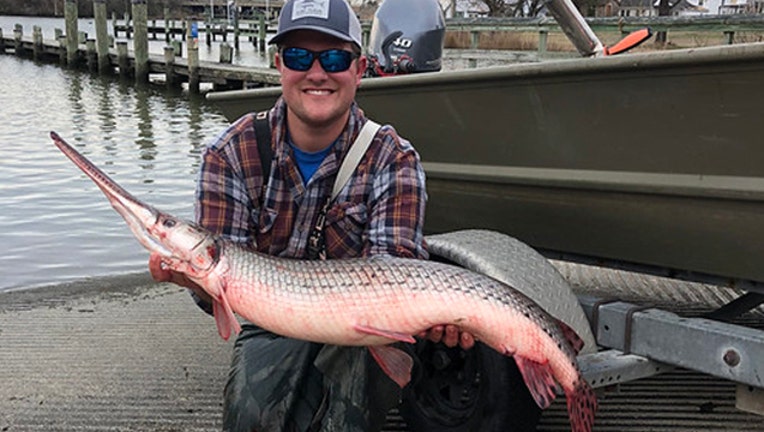 DORCHESTER COUNTY, Md. - A Maryland fisherman set a new record when he caught a prehistoric gar fish over the weekend along Marshyhope Creek.

Samson Matthews, 22, of Dorchester County was fishing for blue catfish when he pulled the 18.3 pound fish into his boat.

“I didn’t even know what it was at first,” Matthews said. After pulling the fish into the boat, both anglers knew they had a potential record breaker.

The record was confirmed at Kool Ice and Seafood in Cambridge.