TAMPA, Fla. - A neglected puppy who needed surgery after she was found with a metal chain embedded in her neck now has a real-life superhero as her new "dad": Marvel actor and former WWE wrestler Dave Bautista.

Last week, a good Samaritan found the 3-month-old puppy eating garbage at a cemetery and rescued her, rushing the pup to the Humane Society of Tampa Bay.

Shelter staff said the tiny dog, who they nicknamed "Sage," had a metal chain embedded in her neck. 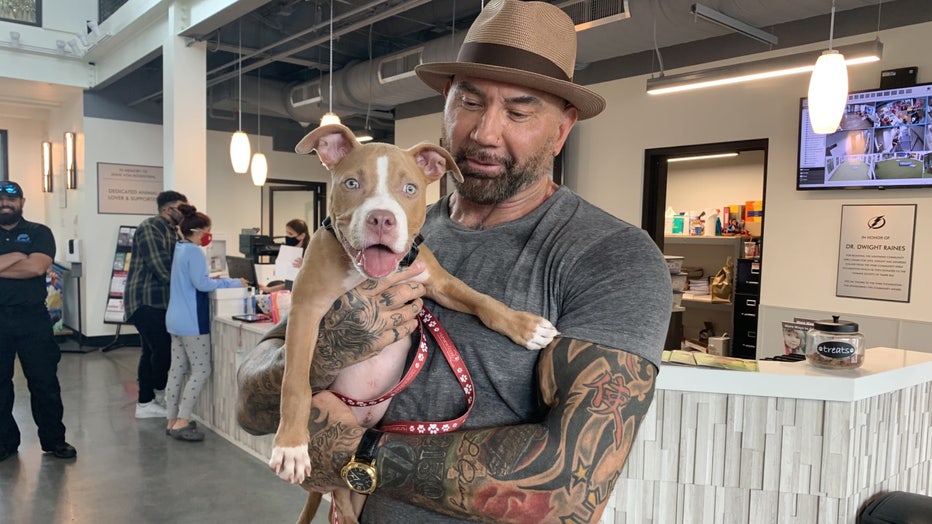 Veterinarians said even though Sage was in immense pain, she was "wagging her tail on the exam table" as they checked her. The Humane Society of Tampa Bay performed emergency surgery to remove the chain from the pup's neck.

Bautista, best known for portraying Drax the Destroyer in the "Guardians of the Galaxy" and "Avengers" movies, saw the shelter's post about Sage and shared it on his social media pages, causing her story to go viral. 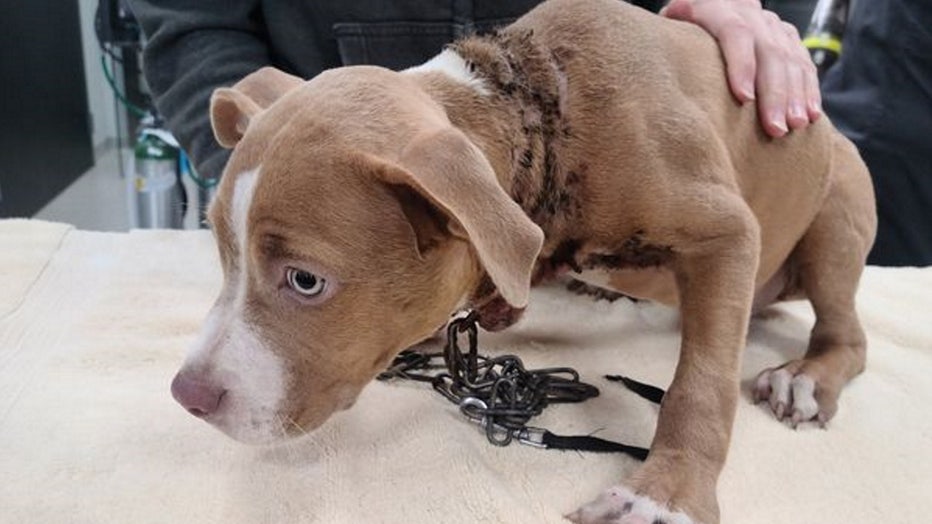 Sage when she was first rescued with a metal chain embedded in her neck (Photo courtesy: Humane Society of Tampa Bay)

The actor even offered a $5,000 reward to anyone who would come forward to name the person who abused and neglected the dog. He later said the total reward went up to $11,500 after Alvarez Injury Law Firm matched his reward, while the Humane Society offered $1,500.

The Humane Society received a flood of inquiries from people wanting to adopt Sage, but ultimately Bautista decided he wanted to adopt the tiny pup himself.

"Sage, now known as Penny, now has her very own superhero and will never know pain/suffering ever again," the shelter said.

Bautista shared the news in a video to his fans on Instagram, saying, "She is now a Bautista and she will never be abused a day again in her life… She is about to live her best puppy life ever." 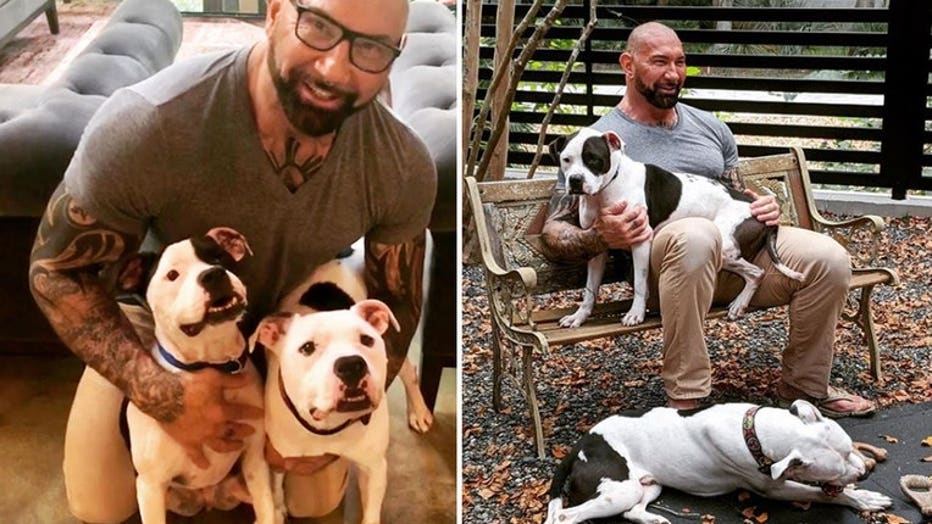 It's not the first time Bautista has rescued dogs from a Bay Area shelter. Back in 2019, the actor adopted two bonded 6-year-old pit bulls, Maggie and Ollie, who had been abandoned at Hillsborough County's Pet Resource Center after their owner had a baby.

"I needed them, they needed me," Bautista wrote. "These beautiful babies spent the first six years of their lives neglected and abused. And now they are going to spend the rest of their lives being spoiled and loved."

Penny will join her new siblings at Bautista's home, where he is said to spoil his dogs with Tempur-Pedic dog beds, a large gated property and "doggy doors everywhere."