Sen. Mark Warner, D-Va.,&nbsp;wanted to share one of his "favorite all-time&nbsp;recipes" for tuna melt with the Internet this week, but people weren't having it.

WASHINGTON - Sen. Mark Warner, D-Va., wanted to share one of his "favorite all-time recipes" for tuna melt with the Internet this week, but people weren't having it.

In an Instagram story, Warner squeezed copious amounts of mayo on the bread he was using to make the melt.

Do you love mayo as much as Angie Goff?

Mayonnaise has a special place in FOX 5' s Angie Goff's heart, so much so she'll eat spoonfuls of it!

"Ok @MarkWarner we need to talk," former Sen. Claire McCaskill, D-Mo., tweeted on Tuesday. "That's too much mayo dude. Where is Lisa?" she asked, apparently referring to Warner's wife.

Sen. Kamala Harris, D-Calif., also expressed concern, telling her Senate colleague to give her a call. "Mark—we need to talk. Call. Please. Your friend KDH," she tweeted, using her initials.

Sen. Cory Booker, D-N.J., jokingly warned that Warner's mayo usage would result in a shortage for his state.

Others were less measured. "Mark Warner’s tuna melt tutorial is an abomination," read a headline from the left-leaning Daily Dot. Conservative commentator Matt Walsh wrote: "This is the most grotesque and disturbing video I've ever seen in my life."

"I nearly puked," tweeted a disgusted Sam Stein of the Daily Beast. Celebrity Chef Tom Colicchio even weighed in with a signature line from his show "Top Chef."

Warner appeared to take it all in stride though, tweeting responses to both Booker and Colicchio.

"There's a reason you guys didn't let me anywhere near the kitchen when I was on Top Chef!" he tweeted at Colicchio. "I'm gonna continue leaving the cooking to the professionals, and support my local restaurants in Congress and with lots of carry-out orders."

He also warned senators that if they wanted to "stage an intervention," they would have to listen to his pitch for coronavirus relief.

"Fair warning that any Senator trying to stage an intervention/explain that mayo is not a seasoning will have to sit through my pitch for a #PaycheckSecurity program to save the wages and benefits of every rank-and-file American worker (including restaurant workers)," he said. 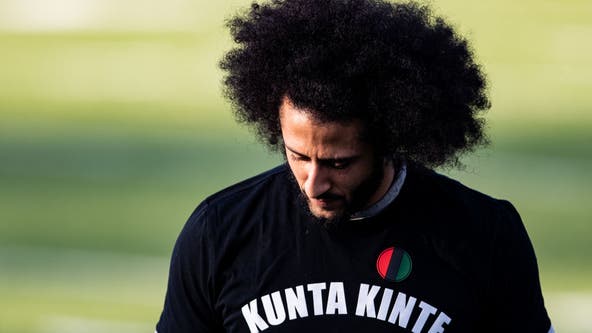